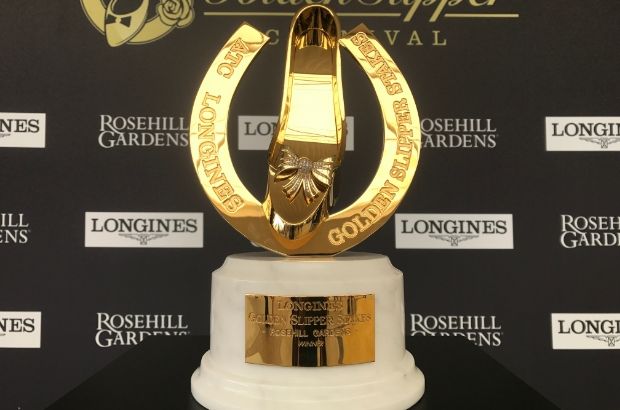 This year's Golden Slipper features an even group of two-year-olds, with no single runner stamping their dominance over the field.

The open nature of the race will provide punters with a great opportunity to receive a healthy return on their investment for correctly selecting the winner.

Notable statistics of the Golden Slipper

The Rosehill track is currently rated a Soft 6, though there is plenty of rain forecast for Sydney in the lead-up and on race day. Punters should be doing their form based on a Heavy surface.

Based on previous meetings at Rosehill where conditions have been wet, results have been mixed with on-pacers winning early before evening out as the day progesses.

There is always plenty of speed engaged in the Golden Slipper and this year is no different.

Home Affairs (2) will kick up from the inside in an attempt to gain a forward position, but he'll likely be headed by Profiteer (5) and Glistening (7).

O'President (8) won't be far away from the lead and it's likely that Shaquero (15) and Rocket Tiger (14) will try and come across from wide gates.

Four Moves Ahead (10) is versatile and I expect her to push up and settle in a midfield position.

Meanwhile, Stay Inside (3) is likely to settle in a midfield position from a nice gate with Kalashnikov (1) also kicking up from the inside.

Look for Swift Witness (12), Ingratiating (11) and Captivant (9) to settle in a midfield position, providing they can slot in from out wide.

Profiteer ($3.50) comes in as the favourite and has been top of the market ever since he cleaned up the Inglis Millennium field in February.

He went into the Todman as favourite last start and he was his own worst enemy when over-racing in key stages of the race. However, he still fought on gamely to go down in second by less than half a length.

He has drawn perfectly, which is the reason why he has firmed in the market and will make his own luck out in front.

He is yet to face a heavy track, but connections and punters both think it'll pose no issue.

Stay Inside ($4.80) was very unlucky in the Todman. He was held up in a key part of the race around the 200m mark and by the time he got clear, it was all over.

He still managed to finish within 2 lengths of the winner, which is a testament to his talent.

The son of Extreme Choice has drawn ideally and will likely get the gun run throughout.

Many punters have declared him a moral for this race, especially after slaughtering the Pierro Plate field by 4 lengths on a Soft 7.

Four Moves Ahead ($6.00) is one of just five fillies in this race and the only runner who is yet to taste defeat.

She had a slight hiccup going into the Silver Slipper and was scratched from that event. She then entered the Sweet Embrace as favourite and put away that field, ensuring her birth into the main event.

The daughter of Snitzel has drawn a nice barrier and she is very versatile, so she can sit on or off the pace and still come on nicely.

One big tick for the punters is that she has form on the wet, which you will definitely need this weekend.

O'President ($15.00) is one I like at decent odds and will create his own luck up on the pace.

He broke his maiden status on a heavy track, winning by 4 lengths before impressively winning the Skyline on the Soft going.

He will love the conditions and he'll give a sight in the straight.