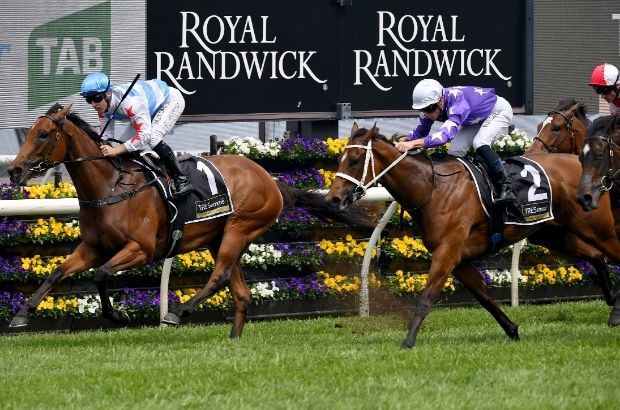 The Sydney Autumn Carnival rounds out in style this weekend, with a solid nine race card scheduled for Randwick following a cracking edition of The Championships.

The highlights of the day are the two Group 1 events, the Champagne Stakes for the two year olds and the All Aged Stakes.

Those features are backed up by four Group 3's amongst other high quality races.

The Randwick track is currently rated a Good 4 with nothing but sunshine forecast in the lead-up.

The rail is out 6m from the 1000m to the Winning Post and 4m for the remainder of the circuit.

It was out 3m on Day 2 of The Championships, and we saw inside lanes chop out noticeably.

The last time the rail was out 6m was February 13th, when it was advantageous to be off the rail but difficult to run on.

Punters should expect a Good surface for race day, providing they don't irrigate the track again.

Look for Maurice's Medad (2) to push forward and fight for the lead here along with Wolfburn (5).

Converge (3) will be applying early pressure, and will either head straight to the front or take a sit like she did last start.

Expect Captivant (1) to find a more forward position from the soft draw.

Hilal (2) has drawn low and has the option of sitting mid-field or beyond. The remainder of the field is likely to find a position beyond midfield from their draws.

Hilal ($3.40) is the early favourite after a solid second placing behind Anamoe.

From the widest barrier, he went straight to the rear of the field in the Group 1 Sires before coming with the widest run on the outside of Captivant.

He gives every indication that he will handle the mile and Tommy Berry jumps back aboard.

I think he is better when he is ridden with clear air, so it'll be interesting to see where he gets to in the run.

Captivant ($4.20) was the horse everyone was talking about after his debut.

The son of Capitalist ran a solid placing first-up in the Skyline. He then came from the rear of the field to finish a brilliant fifth in the Golden Slipper.

He's since hit the line well alongside Hilal, finishing behind Anamoe.

The Snowden trained runner is well suited on a dry track and from barrier 1, he can be more prominent in the run.

He's reached peak fitness and will be extremely hard to beat.

There will be no surprises when Dreamforce (13) heads to the front from the wide gate, but he will have to contend with Savatiano (6) and Peltzer (8) kicking up from the inside.

Tagaloa (7) generally goes forward and we will see him in a prominent position.

Prague (11) will have to get going early from the unfavourable draw, whilst I Am Superman (4) and Kolding (3) will look to lock up a good position behind the leaders.

Look for Kementari (9) and Imaging (10) to obtain a decent midfield spot from their poor draws, with Fifty Stars (5), Zoutori (2) and Cascadian (1) likely to settle worse than midfield or towards the rear.

Masked Crusader (12) has drawn poorly and is prone to missing the jump half a length. Expect him to sit last and spot them a start.

Masked Crusader ($2.80) is the favourite here in a wide open race.

His run last start was met with a tongue lashing by the trainer, so it will be interesting to see what tactics they adopt here.

I thought he was good behind Nature Strip in the TJ Smith, where he ran home nicely to finish 2.25 lengths back in second.

I think you will be a brave punter to take the price about this bloke from the wide draw.

Despite running some nice figures in the past, he is yet to win beyond 1200m which has to be a concern.

He produced some good efforts on unsuitable ground early this prep, before finding another unsuitable surface in the George Ryder when racing wide without cover.

He's drawn perfectly in barrier 3 and most importantly, he gets a dry track.

Waller will have him primed and at the $11, looks value. 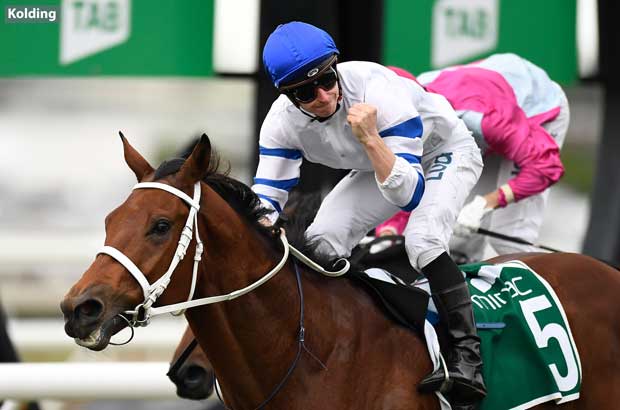