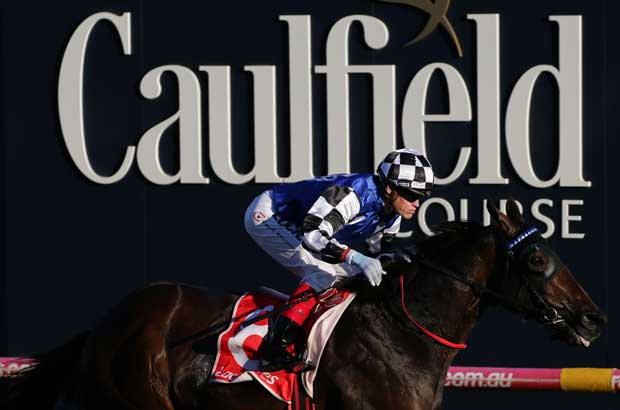 The track is rated a Soft 6, with the rail out 3m the entire circuit.

5-10mm of rain is forecast in the lead-up to race day, which will likely see a downgrade to the track rating.

Punters should expect to see on-pace runners and those drawn on the rails to have the best time of it.

We've narrowed our best bets down to three runners who will be well suited to this track set-up.

Chris Waller sends the girl by Sebring to Victoria in search of a second win this prep. The move has seen punters pile on the money early.

Her first-up run at Randwick this prep was fantastic, where she powered home late to defeat subsequent Listed winner Ready To Prophet.

She was then luckless second-up, after being forced to settle at the back of the field from the wide barrier. The mare then charged home late to finish 1.6 lengths off the promising River Bird and Ljungberg, who have both won at Sydney Saturday grade since.

Drawn barrier one this time around, she'll be able to find a more forward position in the run and sit one length back on the rail to receive the run of the race.

Off a soft run in transit and with clean air on turning for home, she'll be rattling home over the top late.

Her last start second in the Listed Waterhouse Classic was full of merit.

The mare was near last on the rails on the home turn and only got clear running at the 150m mark. She then made up significant ground late to narrowly miss, and was in front of the pack shortly after the post.

Given she is dropping back from Listed grade to a handicap, the galloper is well in at the weights and looks to have a class edge on her rivals.

Drawn perfectly in barrier three, jockey Craig Williams can sit just off the pace and position himself to pounce on turning for home.

This Godolphin owned mare is the standout horse in the field and looks primed for her first win in 230-days.

Impressed from the front in her first-up win.

At her second-up run, she was found wanting late after being caught wide throughout against some quality gallopers.

That performance was a complete forgive job and it appears the smart punters agree, with the mare backed from $4.80 into $4.20 in early markets.

With an abundance of early speed and from a middle draw, look for Craig Williams to push forward and prove hard to run down.