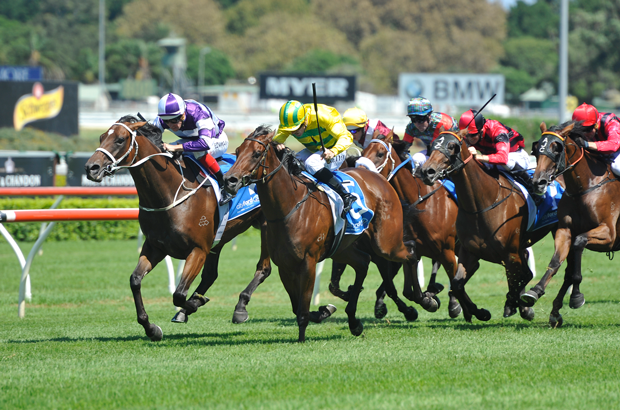 Showed class at her two wins last prep and looks set for her third-career win in this race.

Her last start second behind the talented Sir Elton suggests she's come back bigger and better. The race winner franked that form-line with a dominant win at Royal Randwick last Saturday.

Drawn the widest barrier in a small field, jockey Blake Shinn will look to amble across to the lead. With little speed engaged, he'll be able to dictate the race tempo from out in front.

The filly comes into this race ticking all the boxes. She strips fitter off her first-up run and she's one from one second-up. That victory came on a heavy track over 1100m at this track.

She looks a class above this lot and should be saluting for favourite punters.

This three-year-old galloper from the Price and Kent yard looks to have come back in good order from a spell.

In his only trial, he won comfortably over 1000m at Ballarat against some nice types without being asked for much of an effort.

He then went to the jump-outs at Caulfield and I loved the way he led classy filly Crack the Code.

The colt ran well behind some smart ones last preparation, including the likes of Brutal and Encryption. With natural improvement and the gear change of a gelding operation, he'll be hard to beat.

I was with this horse when he broke his maiden at Canterbury last start.

The gelding by Pierro was put away for a short break straight after that win.

He's since resumed with a couple of nice trials, the most recent of which was on a heavy surface.

He looked to get through the ground comfortably on that occasion, which will condition him well for this run.

With fitness on his side after two 1000m trials and the in-form Blake Shinn keeping the ride, he'll be given every chance to notch up another win.