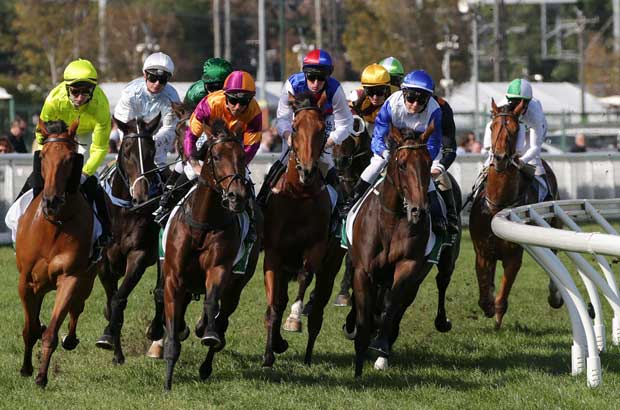 Best in the West

The Belmont track is currently rated a Good 4 but with 6-10mm of rain forecast in the lead up to Saturday, there's a chance of a minor downgrade.

The rail is out 10m the entire circuit, which is likely to benefit on pace-runners especially over the shorter races.

I have outlined three of my top pick's for Saturday below, however you can access all of my tips here.

Massimo was a very good winner on debut over the 1000m at Belmont, where he defeated Amarillo Rose and Rubic Rose.

The gelding by Sessions pulled hard early in the race, but was able to land in the box seat and from there proved too strong late.

Apprentice Jade McNaught takes the ride claiming 2kg and from the wide barrier eight, she's likely to take a sit behind the leading pack. In a field of ten, shouldn't be too far off them on turning for home.

While this race looks harder, there is no doubt this galloper will take huge benefit from his first career run and can make it two wins on-the-trot.

Shinju was very impressive last time out, winning a rating 60+ over 1000m here at Belmont.

It was a great ride from Shaun McGruddy on that occasion, stalking the leaders before winding up nicely over the final 350m to score by over two lengths.

He only rises half a kilogram from that win and from barrier four, Jarrad Noske should be able to put the gelding into a lovely trail behind the speed.

He's racing in fine form and will prove hard to beat.

Snowchino is in fine fettle at the moment, notching up victories in her last three races. She's been cruising through the grades this prep and is building an impressive strike rate.

At her last start, the mare got up up in a rating 64+ over the 1600m. She settled just behind the leading group in that run, before jockey Jason 'Fish' Whiting made his move at the 400m mark.

She came off the fence around the turn and ran on by her rivals, for a dominant 1.4 length win.

Now stepping up to a rating 76+ grade, she gets in with the minimum of 54kg and has drawn perfectly for an economical run in barrier one.

She looks very well suited as an in-form mare, with a light weight and a guaranteed soft run in transit.

She ticks plenty of boxes and can make it four wins on the bounce.