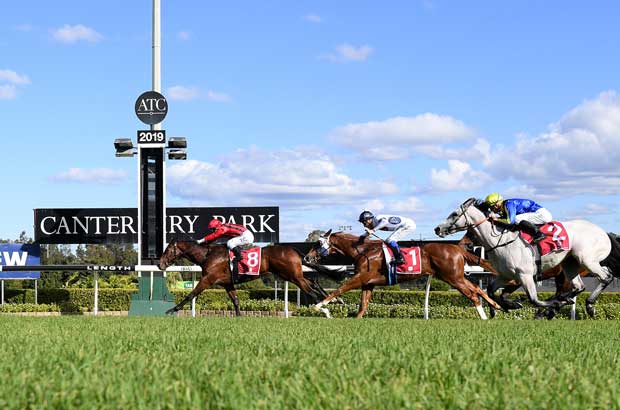 This Kiwi filly is also nominated for the Group 2 Silver Shadow on Saturday but if connections opt to run her here, expect her to prove far too good for these.

At her only career run in April, she impressed in a comfortable win over the 1200m at Te Rapa.

She was subsequently sent to the Chris Waller stables in Sydney and has been given one trial since crossing the ditch.

In that trial, she sat last in a small field before Brenton Avdulla produced the filly in the Rosehill straight. She then showed a strong desire to work hard to the line under a strangle hold, finishing second alongside proven talents Villami and Flint.

The $2 looks a good price for a horse with plenty of upside and a bright future.

This galloper from the Waterhouse/Bott yard drops back from Saturday metropolitan grade to the scene of his last win.

His last run over the 2000m at Rosehill was full of merit. However, it appeared as though he peaked late in the run, which indicates the drop back to 1900m here is likely to suit.

Look for the in-form Nash Rawiller to roll forward and carve out even sectionals in the lead, before getting every ounce of effort from the gelding over the concluding stages.

The combination of a class drop, an uncontested lead and an astute jockey is enough to see him return to the winner's circle.

Caught my eye early in her first prep, when she performed well aganst some proven older gallopers.

She then went to Flemington on debut, but ran into the speedy Jedastar who proved too quick down the famous straight. That runner finished second in a Group 3 next start.

The hot form lines from that race don’t stop there. Lady Naturaliste (third) went on to win a Listed race, whilst Lyre (fifth) won the Blue Diamond earlier this year.

Trainer Tony McEvoy mentioned that Enood will relish further ground following her first-up Bendigo run, which she gets here.

The filly meets very moderate opposition in this race and the writing is on the wall with the booking of Barend Vorster, who holds an impressive strike rate with the stable.

Was heavily backed on debut at Terang, following an impressive jump out against quality horses Fifty Stars and Brave Smash.

She travelled well within herself on that occasion but nothing went right in the run.

She over-raced early and the jockey opted to keep her back with cover. Things then went from bad to worse, as she was caught behind traffic for most of the straight.

Once clear however, she was able to pick up ground late which is a good sign considering the torrid run.

The tactics were completely different next start at Ararat, as Declan Bates took the reigns and gave her a much more positive ride.

This allowed her to sit on the speed and prove too strong for the field, despite sitting three wide with no cover.

The form from that race has stacked up well, with four horses from the trailing pack going on to win their maidens.

The mare's recent Horsham jump out was good, where she travelled well out in front of Mighty Mable and Carmen Sandiego. The former has since notched up a victory and the latter ran a nice second on debut at Ballarat on Monday.

I believe she is much better than a Class 1 galloper and should be winning here.

This looks like a perfect race for the odds-on favourite.

With plenty of pace engaged, look for Tommy Berry to settle near the back of the field and smoke the pipe.

Berry will be forced to come wide after turning for home, but he looks set to get the speed map favours considering the pace up front.

His biggest dangers are Superbowl Sunday and Oneness, who will likely take each other on in the lead and use plenty of petrol in the process.

Rock looks a horse with plenty of upside and his form shows he can sprint well fresh.