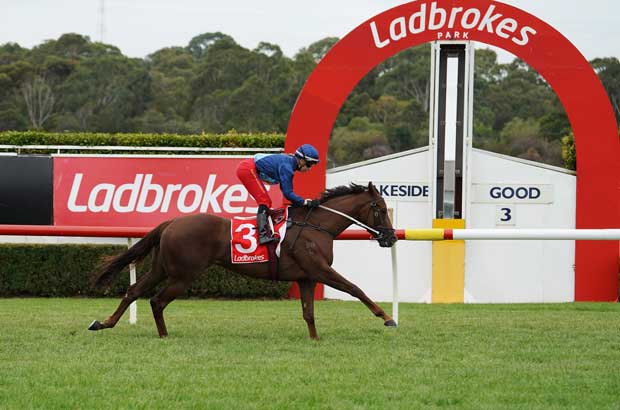 In what looks a race that will produce a few winners, the Chris Waller trained runner gets his chance to atone his narrow last start defeat.

Starting a $2 favourite on that occasion, the son of I Am Invincible was gallant in defeat and would have taken huge benefit from his first-up run over the 1300m.

With the majority of his rivals having their first run this prep, the gelding has a fitness edge.

From the soft draw in barrier three, you'd expect him to sit on-pace and prove very hard to beat.

In a good push for his chances, champion jockey Hugh Bowman sticks and with a repeat of his last start effort he'll be hard to beat.

A recent gelding operation looks to have really turned the switch for the son of Stratum.

He first started showing improvement in a Caulfield jump out, where he travelled as good as any alongside the speedy Jedastar and talented Dubious.

The trial at Cranbourne then proved his jump out was no fluke, where he attacked the line and beat Order of Valour.

The first up-run at Sale was encouraging, in what was a race that I had marked down as a strong maiden consisting of four black bookers that I had identified from the trials.

Roederer finished 8th in that hit-out and since, came out and won impressively at Swan Hill.

With the run under his belt, Legionnaire will strip fitter and you can expect him to run a huge race at the nice price of $11.

Midweek racing returns to Belmont this week, where the track is rated a Good 4.

The rail is out 15m, which should favour those on-speed in the shorter races. As we saw last Saturday, it was difficult to make ground with the rail out 10m, so it will be even harder for the backmarkers on Wednesday.

Some Sort stepped out in a city race for the first time last start, running 3rd in the three-year-old Plate over 1200m here at Belmont.

The gelding jumped well to sit on-speed with Platinum Bullet and led until the 200m mark, before he was headed and then dug deep to fight on for third.

The in-form Jade McNaught takes the ride and claims 2kg off the allocated 60kg.

I expect this pair to work across from barrier five to take up the lead and they'll prove hard to reel in given the track set-up.