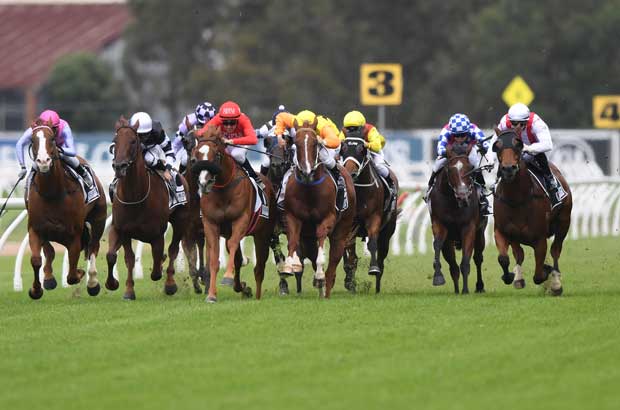 Rosehill Gardens plays host to a cracking day of racing this Saturday, with punters set to feast on three Group races.

The most intriguing race of the day is the Group Two Run To The Rose, where we see a field of eight promising three-year-old's clash on their way to Golden Rose glory.

The track is currently rated a Good 4, with the rail out 6m the entire circuit.

The last time the rail was in this position on a dry track was July 27th. On that occassion, the track played fair with winners coming from everywhere.

A cracking race for the three-year-old staying types.

There looks to be limited early speed engaged here, with Just Thinkin' the only natural leader in the race.

Superium went forward last start, but found little in the run home. From the wide draw in barrier 12, it would be a surprise to see connections opt for a forward position in the run considering the doubts over Superium's ability to handle the extra trip.

The two class runners of the field, Castelvecchio and Shadow Hero, will be forced to race beyond-midfield behind a muddling pace.

There is no doubting their talent, but they'll find it tough to catch the leader.

Just Thinkin' from the Waterhouse/Bott yard was well backed on debut, before dominating over the Warwick Farm 1300m.

There is no doubt he would have taken huge benefit from his first-career run and with natural progression as well as the fitness edge, punters should expect further improvement

Expect Tim Clark to carve out even sectionals in front, before building the revs on the son of So You Think just before the turn.

If Clark can execute his best front running ride, he's likely to pull his rivals' pants down and prove too hard to catch from out in front.

The Group Two Sheraco Stakes is another race packed full of talent.

The Waterhouse/Bott stable hold the key to the early speed, with stablemates Ready To Prophet (1) and Alassio (14) the two noted leaders in the race.

Dual acceptor Resin (5) can race forward, along with Fasika (8) and Mizzy (9), with all three set to get a soft run in transit.

The Joe Pride trained Fasika looks an untapped commodity. This girl by So You Think improved at all three-runs last prep and appears to have taken huge benefit from her spell.

She's been given three trials in preparation for her first-up run, with the second of those being a great hit-out behind Group One winner Pierata.

From there, he'll be perfectly positioned to explode at the 300m mark to put these away with ease.