First run in 2017, the Everest horse race is in many ways Sydney's answer to the Melbourne Cup.

A Weight-For-Age race run at Royal Randwick Racecourse over a distance of 1,200 metres, the Everest race is the new pinnacle race for Australian sprinters, as well as any international raiders who think they are quicker.

With a prize pool of a staggering $13 million dollars for the 2018 edition, the Everest is the world's richest horse race run on turf. This prize pool is only expected to increase in coming years, further enhancing the race's lucrative status. 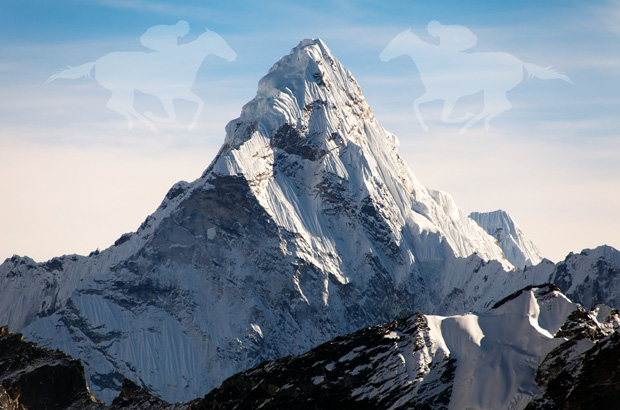 Unlike rules for entering regular races, entry into the twelve-horse field is determined by 12 "slots". These slots are sold for $600,000 each, with the buyer having to make a three-year commitment to the race.

The owners of these slots may either enter one of their own horses, or more likely sell their slot or enter an agreement whereby the slot owner sponsors a horse and shares in the potential prize money with the horse's regular owners.

In 2017, slot owner James Harron sold his spot in the race to the owners of eventual winner Redzel.

Held on the second Saturday in October, the Everest horse race is fast becoming the jewel in the crown of the Sydney Spring Carnival.

The race at Randwick will complement Caulfield Guineas day in Melbourne and likely become a new favourite day for Aussie punters on the racing calendar.

While it is a race that has its critics, there is no doubt that this dash over 1,200 metres will only surge in popularity after a very successful inception.

In the inaugural running of the race, crowd favourite Redzel beat a talented field to grind out a tough and well-deserved win. This sent Redzel's owners, jockey Kerrin McEvoy and trainers Peter and Paul Snowden into raptures.

The Everest Carnival reaches its crescendo on Saturday at Randwick, with a tremendous ten race card highlighted by the $15 million clash over 1200m. Despite the lack of Group racing on the day, the.....READ MORE

Following a lengthy build up, The Everest is finally here and what a great spectacle it will be.  The richest race on turf showcases the premier sprinting horses within Australia, with a crack line.....READ MORE

The drums are beating to declare The Everest our nation's biggest race and they could well be right, following the high profile that the race has achieved in only its third year. It is great to see t.....READ MORE

Punters are getting a double serving of quality racing this Saturday with the second running of The Everest taking place at Randwick on the traditional Caulfield Guineas Day. The card this year also .....READ MORE

The Everest Tips: What they're saying about your horse
Oct 12, 2018

The world's richest race on turf sees the best sprinters on the planet line-up this Saturday to compete for a huge $13,000,000 in prize money over the Randwick 1200m.  The second edition of the Evere.....READ MORE