While Racing.com's broadcasting of live races is limited to two Australian states, they do it comprehensively. Either via a television, computer or personal device, racing fans are able to watch Australian races from:

As well as broadcasting live racing and race replays, Racing.com has a number of programs devoted to previewing and reviewing the main race meets. The most popular program on the network is Get On; a panel show hosted by Jason Richardson that takes a light-hearted approach to the world of racing. Other shows on Racing.com include:

Racing.com has a bevy of tipsters in their stable. This includes racing journalists, form analysts, and media personalities who love nothing more than steering viewers and readers into some good winners.

Racing.com also has a good mix of seasoned veterans and up-and-coming stars in their ranks. If you're looking for some free horse racing tips, there's no shortage of them on Racing.com. 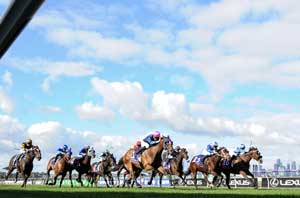