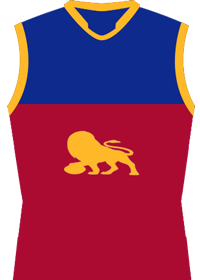 Formed in 1996 as a merger of the Brisbane Bears and Fitzroy Football Club, and entering the AFL in 1997, the Brisbane Lions didn’t have to wait long for success in the AFL.

After making the finals in 3 out of their first 4 seasons, the Lions remarkably one the premiership not once, not twice, but three times in a row from 2001 to 2003. Under coach and former great of the game Leigh Matthews, and skippered by inspirational Michael Voss, the Lions were unstoppable in these three years.

2004 saw Brisbane make the Grand Final again, and shoot for in four in a row. However, the Lions’ pride was dented by Port Adelaide in a 40-point defeat. In a brutal end to a period of devastating domination, the Lions were well and truly dethroned.

Since the 2004 season, the Lions have entered a period of such dismal degeneration that it’s staggering to remember that they were the premier club for three years. Having only made the finals once since in 2009, and hitting rock bottom in 2017 by picking up the dreaded wooden spoon, the Lions are lacking all of their former fierceness.

And with three-time best-and-fairest and multiple goal kicker Jonathan Brown retiring in 2014, the Lions have lost their last link to the squad that was triumphant in the early 2000s.

Unfortunately for Lions’ fans, the future doesn’t look bright, with the battling club looking unlikely to make the finals in the foreseeable future. If Brisbane continue in this manner, and with rapidly plummeting support, it seems unlikely that they will hang around in the AFL in their current form for much longer.