The most popular sport in the world, Association Football was devised in English schools in the mid-19th Century, with Cambridge publishing a rule book in 1848 that would create the game that we know and love today. Sheffield Football Club formed in 1857 is widely regarded as the oldest football club still in existence today. Despite these relatively recent beginnings, games resembling Association Football have been around for centuries, with the Ancient Chinese game of Cuju which involved a ball being kicked into a net being the earliest recorded version, dating back as early as the 3rd century BC. While football has blossomed to become the national sport of most of Europe, South America, Africa and Asia, it still lags well behind as the most dominant code in Australia, despite strong participation numbers at a grassroots level.

In Australia, as well as in Canada, the US, New Zealand and parts of Asia, football is known by the distinguishing name Soccer, which is derived from the 'soc' in Association Football. The highest soccer league in Australia is the A-League, established in 2004, and comprising 10 teams. While Sydney FC and Melbourne Victory rank among the most successful clubs in the league, the Western Sydney Wanderers triumphed in the 2014 Asian Champions League, making them the first Australian team to claim the title as the best football club in Asia. The popularity as well as success that soccer has had in Australia has been largely driven by ethnic communities who have immigrated from countries where football is the primary sport. The recently departed Les Murray played a significant role in championing 'the World Game' in Australia, giving a voice to the sport alongside Johnny Warren at a time when the game was dismissed by sections of Anglo Australia as 'wogball'.

With an abundance of football leagues around the globe, it is often difficult to keep abreast of every country's local leagues and competitions. However, a must for soccer fans and punters alike are the English Premier League (EPL), Spanish League (La Liga), Italian League (Serie A) and German League (Bundesliga).

From a soccer betting perspective, it is important to follow the less fancied teams for a bit of value, as the club giants such as Barcelona, Real Madrid and Bayern Munich often line up as near unbackable favourites. Any EPL punter who knows his stuff will tell you that games against Stoke in winter are always difficult for away teams, or that Burnley don't concede many goals.

Not confined to club football, major football events highlighted by the FIFA World Cup bring joy and to millions around the globe. Many countries, perhaps most infamously Brazil, treat football as a religion, placing a huge amount of expectation on their national team. Football, or Soccer, is a game for everyone, with its status as Earth's favourite sport not likely to change anytime soon. 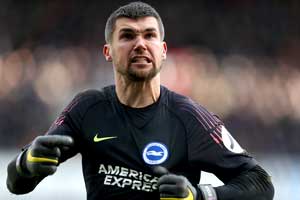 The fight for survival is first on the agenda in our EPL betting tips and match previews this week. Cardiff City need nothing less than a win when Crystal Palace come to town, or face certain relegation. Then the attention shifts back towards t..... 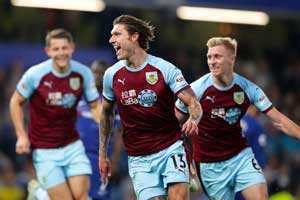 With only three more rounds in the EPL remaining, there are so many fascinating fixtures and story lines heading into this weekend's action. The final London derby of the season will see Spurs look to hold off a determined West Ham. Th..... 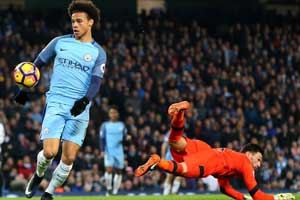 If the EPL rematch between Tottenham and Man City is only half as good as their midweek encounter, then the opening game of the round promises to be a belter. Both sides have plenty to play for, and Liverpool fans are sure to be watching keenly, h..... 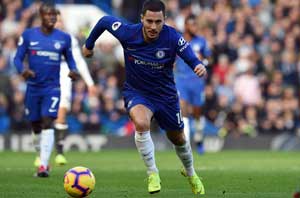 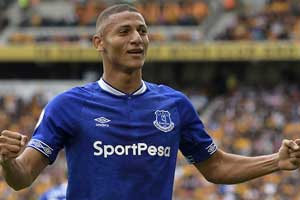 In a reduced EPL round, there are plenty of cracking games for EPL punters to get excited about. Read our previews an..... 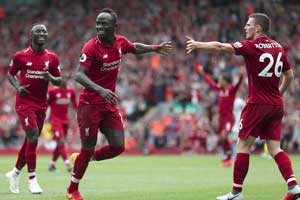 After what felt like an eon for EPL punters and fans, the competition returns this weekend after the international break..... 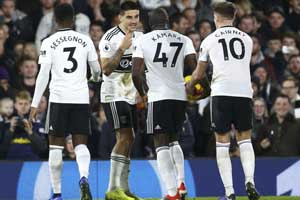 There's a reduced schedule of EPL games this weekend due to the FA Cup quarter finals taking place simultaneously. ..... 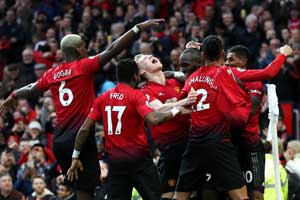 With the EPL season now in the home straight, every point is vital and the stakes get ramped up even further. This co..... 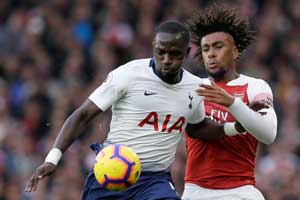 Tempers will fray and blood will boil in a weekend of EPL action that sees three derbies take place. Spurs and Arsena..... 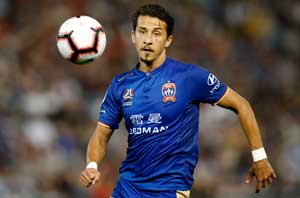 Match week 21 of the A-League is split over two weekends, with just three matches taking place in the coming days. Th.....