The National Football League (NFL) in the US is the world's premier gridiron competition and takes place from September to February each year. Formed in 1920, the NFL currently contains 32 teams split between two conferences, the National Football Conference (NFC) and the American Football Conference (AFC). Each year, the winners of the NFC and the AFC face off in the Super Bowl to crown the NFL champion, in what regularly ranks as one of the most watched television events in America as well as the western world.

In 1920, representatives from various American Football teams formed the American Professional Football Association (APFA), which is regarded as the inception of America's premier football competition. The first game was held in September of 1920, before the competition was renamed the NFL in 1922. In 1960 a new competition called the American Football League (AFL) formed and began to challenge the NFL for popularity. After battling for dominance, these two competitions decided to merge for the beginning of the 1970 season, with the former NFL teams mostly forming the NFC conference, while majority of the AFL teams became part of the AFC conference, all playing under the banner of the NFL in the format that remains today.

Within each conference are four divisions (North, South, East and West) which contain four clubs each. Franchises play 16 games in the regular season, meaning that each match is high stakes as only the best team from each division, as well as the two next best teams from each conference (wildcards) make it to the NFL playoffs. The six qualified teams from AFC and NFC battle it out to determine who will go head-to-head in the lucrative grand final of the NFL, the Super Bowl.

From a betting perspective, the NFL presents good value, with all the teams fairly evenly matched. It often takes half of the regular season to determine who the form teams of the competition are, and who to follow going into postseason. With so many teams playing for so few playoff positions, teams need to win a very high proportion of their games to make it to postseason. This can be a blessing for punters if they get on the right team, with long winning streaks often occurring in the run in to playoffs. Over the past 20 years, there has been no greater dynasty in world sport than the New England Patriots. Spearheaded b.....

The NFL season enters week 13 following an exciting Thanksgiving round. A mere five weeks remain until the post-seaso..... 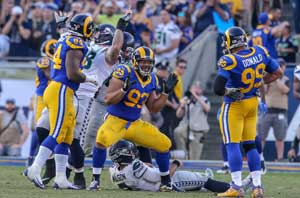 Week 11 of the NFL season can’t come soon enough. After a lacklustre round of match-ups last weekend, NFL fans have p.....

The NFL nears closer to the midpoint of the 2018/19 regular season this week as the Texans host the Dolphins to kick-off.....

The opening to this NFL season has undoubtedly been the most exciting and unpredictable in recent history. Week 5 featu..... 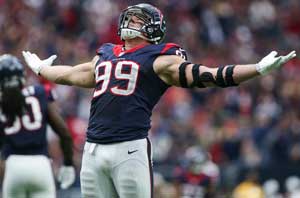 The first month of the NFL Season has already flown past and only two teams are left undefeated. The big surprise pac.....