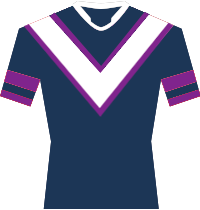 The Storm won the Premiership in only their second year in 1999, defeating the also newly formed St George Illawarra Dragons. In one of the most dramatic Grand Finals of all time, the game was also the first ever Grand Final played at the Sydney Olympic stadium which included a World Record Rugby League crowd of 107,999.

The Storm began a new era for the club in 2003 after appointing Brisbane Broncos assistant Craig Bellamy as head coach. Bellamy transformed the Storm into a rugby league powerhouse, dominating the mid to late 2000s by winning three minor premierships, playing in four consecutive Grand Finals and winning two.

However, controversy struck the Storm in 2010 after it was revealed that the club had been in major breach of the NRL’s strictly enforced salary cap over a period of five years. In a landmark decision, the NRL punished the club by stripping them of three minor premierships, two premierships and a World Club Challenge title.

The current era for the Storm will long be remembered for the contribution of three of the greatest players ever to have played the game in Cameron Smith, Billy Slater and Cooper Cronk. The ‘big three’ as they have become affectionally known as, have played a pivotal role in maintaining the success of the Storm following the salary cap drama, as well as Craig Bellamy’s knack of turning average first graders into consistent NRL performers

Over the past decade, the Storm have claimed the Minor Premiership in 2011, 2016 and 2017, winning the major title in 2012 and 2017. Many experts claim that the discipline and ruthlessness of the club’s approach to training and game preparation is the key to their success, which has resulted in clubs attempting to emulate their methods. 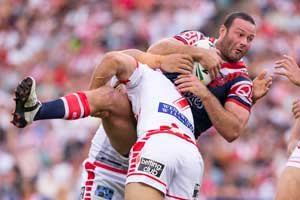