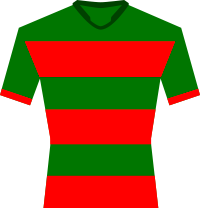 Founded in 1908 for the first season of the NSWRL, the Rabbitohs are only one of two foundation clubs still playing in the NRL, along with the Sydney Roosters. They are the most successful club in Australian Rugby League history having won 21 premierships, and have suffered their fair share of misery throughout their long history.

The most triumphant period for the club (for anyone old enough to recall) occurred from 1925 to 1932, in which the myrtle and cardinal won every premiership bar 1930. Another successful era for the club came in the early 1950s, with Souths picking up another five premierships within a six-year period. The cornerstone of this success was the deservedly immortalized Clive Churchill, who is touted as the greatest fullback to have ever played the game.

Apart from another period of dominance in the late 60s and early 70s, the Bunnies’ faithful endured a horror-period in the back end of the 20th century. After a series of financial troubles and disagreements with the NRL, the Rabbitohs were excluded from the 2000 and 2001 competitions and after a series of legal battles which gathered the support of the public, the club were able to gain readmission into the 2002 competition. Following this saga, many fans from other clubs came to consider South Sydney as their ‘second team’, due to a shared sense of injustice at being excluded from the competition.

It wasn’t until Russell Crowe and Peter Holmes à Court purchased the struggling club in 2006, that Souths experienced an improvement in performances on the field. This culminated in the 2014 Grand Final, where Englishman Sam Burgess led the Bunnies to an emotional 30 points to 6 victory over the Bulldogs, capturing the club’s first Premiership in 43 years. 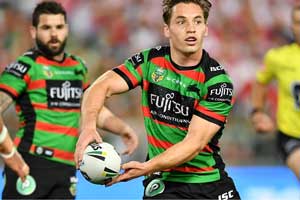