Currently, Embry writes a blog for TABtouch, previewing each individual race for the upcoming meets in Western Australia. This race-by-race preview include Embry's top four selections as well his comments.

As well as this blog, Embry has also featured on TAB radio. Sandgropers will know that this is the place to listen for all the key news and opinion regarding racing in WA.

Scott Embry is also a guest horse racing tipster at the West Australian Newspaper. He usually covers one or more of the weekend race meetings at WA metropolitan and country race tracks.

Despite his youth, Embry has demonstrated that he has a wise head on his shoulders when it comes racing, with freakish profit statistics from his weekly racing tips.

Embry's selections have been recorded since 18 August 2017. At the time of writing he was in the black, showing a profit from his 564 tips posted. He also produced the following key statistics:

Scott has appeared in theGreatTipOff.com's Tipster of the Week column, and also made the Smart Racing Tipster list amongst all his peers in the Australian racing media, professional punters and others who tip and bet at theGreatTipOff.com

There is no doubt that Embry is looming as one of Western Australia's best form analysts and racing experts.

The media experts and racing journos have been relatively quiet over the past month. It's no surprise though that the new racing season has woken them up, with a handful of them fighting their way into the top 10 for most cash profit on our weekly.....

Another week of punting and another week where two familiar names appear on the high achievers list. Backing up their stellar efforts from last week are young West Australian form analyst Scott Embry and professional punter-extraordinaire Turfc..... 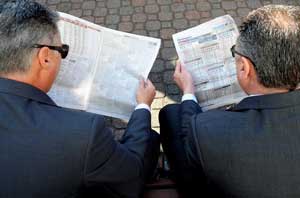 Punters are forgiven for getting confused when trying to work out which tipsters are making money.  Some sites use cash profit alone, but that doesn't tell you how much you have to risk to get the profit. Other sites focus on strike ra.....

With a week of racing that saw many a favourite get rolled and horses coming home paying well into triple figures, New South Wales country sider Turfcutter is just as hot as ever. In the last seven days, the professional punter has had an enormous 3.....

No selections for Horse Racing