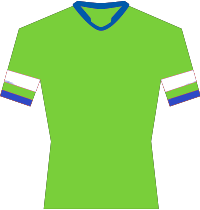 The Canberra Raiders were formed in 1981 and entered the competition in 1982. The Raiders were the first team admitted to the NSWRL from outside of Sydney. They would continue to trailblaze the game of Rugby League outside the New South Wales capital by becoming and the first non-Sydney team to make the finals, play in a Grand Final and win a Premiership.

After a loss to Manly in their first Grand Final appearance in 1987, the club secured a premiership in 1989 after a victory against Balmain in extra-time, a game which many fans and pundits regard as one of the greatest Grand Finals of all time. The Raiders would then go on to play in three more Grand Finals, winning two of these in 1990 and 1994.

The 1994 Grand Final win against the Bulldogs would act as a farewell for retiring club Legend Mal Meninga, who was able to score a famous intercept try in his final match. This period for the Raiders will be remembered for fielding one of the best teams ever assembled, including Laurie Daley, Ricky Stuart, Bradley Clyde, Garry Belcher, Glen Lazarus and Meninga.

The Raiders have failed to climb to the top of the NRL summit since their 1994 premiership, having been starved of success over the past two decades. In recent times, the Raiders have found it difficult to attract high profile players, despite club legend Ricky Stuart leading the side as coach. The club were unable to retain star junior products such as Todd Carney and Josh Dugan as well as being forced to release numerous players for disciplinary reasons. Finals appearances have not been a regular occurrence in the new millennium for “The Green Machine” as they are affectionally known by fans, and they now have the second longest Premiership drought in the competition. 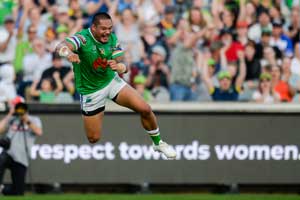