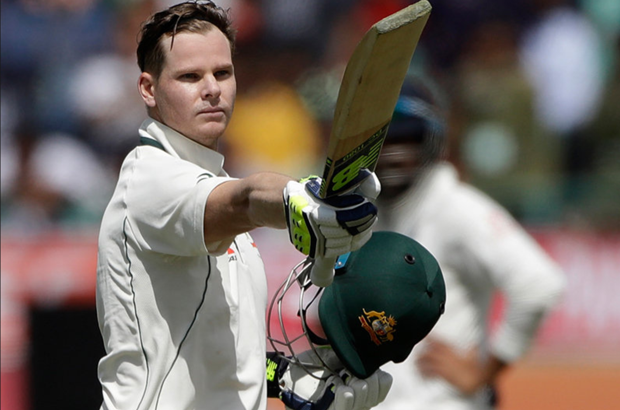 Skipper saves test for the Aussies

Our Weekend Wonder was an easy one this week as Steve Smith produced one of the most stellar batting performances by an Australian cricket captain in recent times.  His 141 not-out, paved the way to victory for Australia, giving them a 1-NIL lead in the Ashes series.

After England posted a competitive 302 in their first innings, Smith arrived at the crease and soon after his side was in trouble at 4/76. The Aussies were staring down the barrel of a significant first innings deficit before Smith and Shaun Marsh grinded out a 99-run partnership off 253 balls to begin the fight back.

A valuable contribution from Pat Cummins followed, allowing Smith to guide the Aussies past England’s total, and swing the momentum of the match, and the series, in Australia’s favour.

Smith’s unbeaten 141 lasted eight-and-a-half hours and could prove to be the most pivotal innings of the series.

England captain Joe Root threw everything at the Aussie skipper but Smith reminded us why he is the number one ranked test batsman in the world, displaying incredible levels of concentration, patience and determination.

An inspired Australian bowling attack came out and ripped through the English batting order in their second innings. Smith backed-up his batting heroics with a fielding masterclass, taking four catches to well and truly put Australia’s foot on the throat of the old enemy.

The statistics speak loud and clear about the new level of excellence Smith has graduated to in this series already:

With four tests remaining in the series and the Aussies' tail in the air, one can only imagine what Smith's statistics will look like when the Ashes concludes in Sydney early next year.