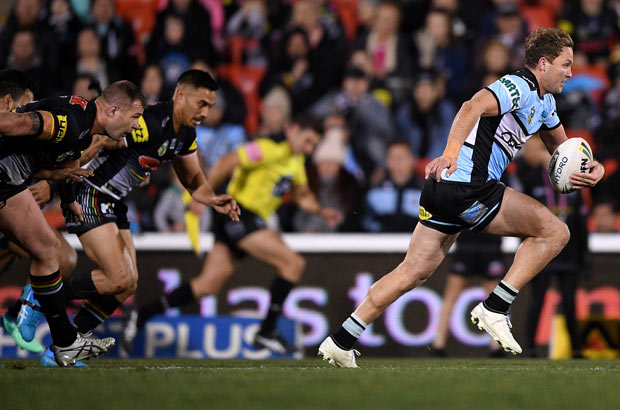 The Sharks will need to overcome a quick turnaround if they are to recover from last week’s loss to the Roosters.

Cronulla led the Chooks until the 44th minute but were simply outclassed by the tri-colours trio of Cooper Cronk, James Tedesco and Latrell Mitchell who shone through late in the match.

For the Sharks, the loss of Wade Graham in the 13th minute proved too big a loss, and to compound the blow, they’ll be without the talented forward for the remainder of the season due to an ACL knee injury.

Penrith came home with a wet sail against the Warriors last week, scoring 25 unanswered points to cruise into week two of the finals.

But they had some luck go their way. An injury in the 27th minute to New Zealand star full-back Roger Tuivasa-Scheck, severely hampered the Warriors’ chances of an away victory and helped the Panthers keep them scoreless in the second half.

There is no doubt the NSW Origin halves combination of Maloney and Cleary can take their side deep into this final’s series.

However, to do so, the Panthers will have to overcome a gritty Sharks outfit who have beaten them twice this season, and won eight of their last nine clashes.

With both forward packs evenly matched, the key battle here will be between the halves. The Sharks halves have the upper hand in try assists with 31 between them this season, whereas the Panthers have a meagre 23.

Moylan and Townsend also have the upper hand in line-breaks (13), leading the way over Maloney and Cleary (11).

Highlights from the Round 18 clash between Penrith and Cronulla

Valentine Holmes will need to be at his best. The Sharks fullback ran for 324m last week, had 1 line-break, 7 tackle breaks and 87 post contact metres and was easily Cronulla's best player in a beaten team.

Holmes has added a solid short kicking game to his skill set in recent times, which will prove valuable for Cronulla who have often looked to the now-injured Wade Graham as a 6th tackle kicking option.

For the Panthers to win..

James Maloney will need to produce a man-of-the-match performance if the Panthers are to overcome the experienced Sharks outfit.

Maloney is arguably the best game manager in the league and is highly regarded for his high Rugby League IQ.

Maloney has taken three clubs to a Grand Final appearance, and if the Panthers forwards can match it with the Sharks, expect Maloney to be the game-breaker between the two sides.

Reasoning: The Sharks are deserved favourites but will do it tough without Wade Graham in the line-up. Expect these teams to trade blows in a tightly contested game, which is likely to be decided by a small margin.