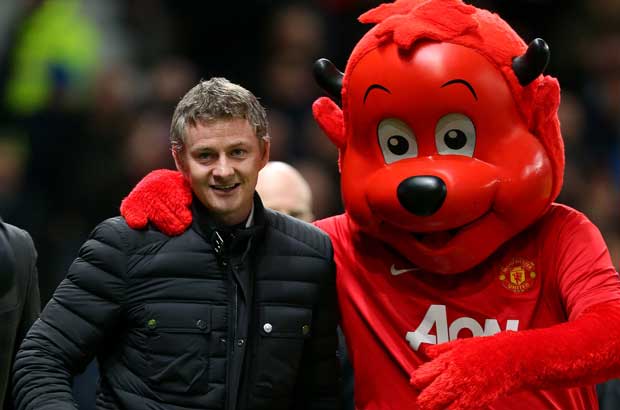 Will sacking Jose save Man United?

The hectic EPL Christmas period is about to commence, where four match weeks will be compressed into just two weeks.

This frantic and frenzied action begins in Wolverhampton, where Liverpool will face a tough test in their bid to remain top of the table.

Then, life at Manchester United without Mourinho begins, as the Red Devils look to former player Ole Gunnar Solskjaer to salvage their season.

Finally, Spurs will be searching for yet another away win when they travel up to Everton to take on the Toffees.

Match week 18 begins with an early kick-off, with ladder-leading Liverpool making the difficult away trip to Wolverhampton on Friday night U.K. time.

After a mini-slump, Wolves have returned to winning ways, taking a maximum nine points from their previous three EPL games.

This has the team from the West Midlands sitting in seventh spot on the table, just one point behind sixth-placed Man United.

For a newly-promoted side, this is an unparalleled achievement.

Wolverhampton's record against "Big Six" sides this season has been phenomenal. They defeated Chelsea, and picked up a point against Arsenal as well as both teams from Manchester.

Tottenham have been the only top club to down the Wolves. However, this 3-2 victory for Spurs wasn't a reflection on the game, with most of the chances being created by the team in orange.

Head coach Nuno really gets his players fired up for these big games, and why Liverpool fans should be wary.

Wolves's Portuguese midfield duo of Ruben Neves and Joao Moutinho have stacks of quality. Whoever lines up in the middle of the park for the Reds will need to be ready for a tough game.

But above all, Wolverhampton play a good brand of football. They won't sit back and invite pressure on their goal.

This will give the likes of Sadio Mane and Mo Salah plenty of freedom and space in attack.

If these two are on their game, Liverpool will be creating plenty of chances as well.

It will come down to finishing, something that wasn't all that good from the Reds last week, despite their 3-1 victory over rivals Manchester United.

Liverpool recorded an incredible 36 shots at goal against the Red Devils.

Of their 3 goals, 2 can be considered lucky as they came from deflections. That means that from 36 shots, just 1 found its target.

Another display in front of goal like this and Wolves will take all three points.

Reasoning: Wolves are a seriously good team and always step up against top opposition. At home and coming off three straight wins themselves, they look primed for a good game.

The never-ending news story revolving around Jose Mourinho's position at Manchester United came to a head this week when the "Special One" was finally sacked.

For Man U fans, this was a long time coming.

Their beloved Red Devils have made their worst EPL start in 28 years, and something had to change.

The club opted with the go-to quick-fix of sacking the manager. Whether this strategy pays off, time will only tell.

Mourinho has been replaced with caretaker manager and club legend Ole Gunnar Solskjaer.

The Norwegian played 235 games for the club in the Sir Alex Ferguson era. By appointing him, the club seemingly want to reconnect with the glory days under Ferguson.

That being said, he has plenty to prove as a manager.

In a fascinating coincidence, his only other gig in the EPL was a brief spell with Man U's opponents, Cardiff City.

This period with the Bluebirds in 2014 only lasted 30 games, after he steered the Welsh club into last place and relegation.

If that managerial form is anything to go by, things won't be getting better any time soon for the red half of Manchester.

Cardiff will be relishing the chance of piling more troubles on their opponents.

They are finally starting to look like an EPL team after early-season struggles following their recent promotion.

The Bluebirds' good home form of late has seen them soar from the bottom of the ladder up to 16th spot, two points clear of the drop zone.

They will be looking to pick up more points at home in this game, and continue their fight to ward off relegation.

One of their top players is the Canadian Junior Hoilett.

Despite only scoring twice this campaign, they have both been screamers. Check out his effort against Wolves earlier in the season.

On what is expected to be wet and dreary day in Wales, the travelling Red Devils shouldn't treat the Bluebirds as a pushover.

Reasoning: Expect Man U to receive a boost under a new manager, but not enough to get all three points in a tough away trip.

Tottenham are on a high.

Not only are they sitting third in the EPL after not signing a single player in the transfer window, but they have been doing it all without a proper home stadium.

They qualified for the final 16 of the Champions League, and most recently knocked bitter rivals Arsenal out of the EFL Cup with a 2-0 win at the Emirates.

With their shiny new stadium set for a February opening, the next sixth months are looking bright for Spurs.

They travel up to Everton for this clash, a ground which has been a happy hunting ground for them of late.

Spurs are undefeated from their previous five games at Goodison Park, highlighted by the corresponding fixture last season, when they routed the Toffees 3-0.

A similar result would see Spurs stay in contact with table-topping Liverpool, who are at risk of dropping points this week.

A major concern though is fatigue. Everton have had the benefit of a full week's rest while Spurs started a near full-strength line-up against Arsenal.

Young English midfielder Harry Winks will need to put in another capable performance to hold the attack and defence together.

Everton meanwhile aren't in their best patch of form.

They have failed to record a win in their previous four matches, which included home games against Newcastle and Watford.

But they have been far from poor, and continue to create plenty in attack.

Richarlison, Gylfi Sigurdsson and Bernard are all capable of unlocking Tottenham's defence.

Whether the Toffees' defenders will be able to stop Harry Kane and Co. at the other end remains to be seen.

Reasoning: On form and overall quality you have to go with Spurs, who are also full of confidence after their strong win against the Gunners.