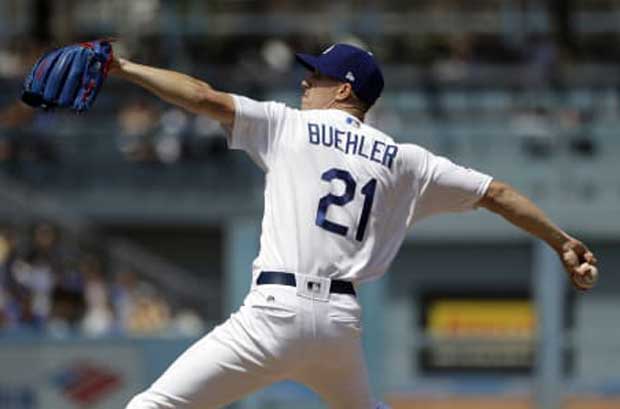 With less than 30 games remaining until the end of the regular season, tightly contested divisions have resulted in some intense matchups.

The race within the NL West presents an intriguing situation where three games separating the first placed Arizona Diamondbacks (73-60), Colorado Rockies (72-60) and the Los Angeles Dodgers in third (72-61).

The Dodgers have lost ground on a surging Arizona over the past month and now find themself in 4th. For a team with the third highest payroll in the MLB, this won’t sit well amongst fans and management.

LA Dodgers: pulling themselves out of the slump

As reported in our mid-season recap of the Dodgers, this team was looking like world beaters following the acquisitions of Manny Marchado and Brian Dozier in June.

However, cause for concerns emerged throughout August following series defeats to fellow NL west contenders the Rockies and the in-form Cardinals. This sparked concerned that perhaps this team isn’t all that is was hyped up to be.

In the past week, the Dodgers have started to push in the right direction once again after managing successive sweeps over the lowly Padres and Rangers

With crunch time looming, expect the four match divisional match-up against the Arizona Diamondbacks to provide a true indication of where the team is at following a lacklustre August.

Aiming to improve on their early exit from the playoffs last year, the Diamondbacks have placed themselves in a strong position heading into the latter stages of the season as they sit on top of the NL West.

The losses of J.D. Martinez and Jean Segura at the start of the season may have made them weak on power hitters, but allowed the team to balance their books well, clearing out cap space to make moves at the trade deadline.

Being in a prominent position, Arizona acquired infielder Eduardo Escobar and bullpen additions Brad Ziegler and Jake Diekman to assist their playoff aspirations.

The current lineup heading into post-season has some real talent both in batting and pitching. The hot bats led by Paul Goldschmidt, David Peralta and A.J. Pollack (all possessing a batting average over .275 for the year) often cannon the team to an early lead for starting aces Zack Greinke, Patrick Corbin, and Robbie Ray to work their magic.

A series win against the Dodgers will really solidify their contender status.

Rich Hill is 0-1 and allowed a combined 12 runs on 14 hits, including five home runs, in nine innings pitched across two starts against the Diamondbacks this season.

These games took place in April and May and those two games must have been rare off days for Hill as in his last 7 starts, he currently holds an outstanding 4-0 record with a 2.13 ERA.

Robbie Ray is yet to face the Dodgers in 2018, yet limited the 2017 team to a lowly 7 runs over 114 plate appearances at an batting avg of .211. Whilst being unable to replicate that form this season, Ray can be lethal possessing a 4-seam fastball at a velocity that can blow batters away.

This matchup may possess value at the moneyline for Arizona as the away team, however it should be a low scoring contest and under the runline of 8 seems to be the more logical suggestion.

MLB Pick: Under the run-line of 8

When pitchers come up against their former team it’s always an uphill battle. Coaching staff and batters often know them inside out as seen through Zack Greinke’s past performances against the Dodgers.

In 2018, LA boast a batting average of .253 against Greinke, collecting 11 runs from 91 plate appearances. However, Greinke is having a bounce back year and expect him to have a few tricks up his sleeve to get his team over the line in this crucial encounter.

Ryu has twice faced the Diamondbacks this year. In his first appearance he allowed three runs on five hits and five walks in 3.2 innings at Dodger Stadium. Ryu then logged just 1.1 innings at Chase Field in early May before coming out with a groin strain that kept him sidelined until Aug. 15.

Since returning, Ryu may not be giving up large amounts of runs but he still is struggling with control issues. This matchup looks like a tough assignment for him and Arizona might knock him out of the game early.

Clayton Kershaw is 1-1 with a 2.29 ERA in three starts against the Diamondbacks in 2018. He’s collected 24 strikeouts against just two walks, but also surrendered five home runs in 19 innings.

Although struggling through injury for large parts of the season, he’s returned to his best in his past 7 games, posting an ERA of under 1.85 and going for 7+ innings in his last three games.

Patrick Corbin has been a shining light for Arizona this season alongside Greinke, placing both in CY Young discussions. Over 200 strikeouts, in just a tick over 160 innings shows of his dominance over batters over the regular season. Expect a strong showing from one of the Diamondbacks main weapons.

Clay Buchholz is one of the unexpected pitching stories of the year. A veteran aged 34, is enjoying one his best stretches in years and will look to continue it against the Dodgers in the series final.

Accredited to the Diamondbacks coaching, Clay has used a stronger variation of pitches this season to limit his fly balls keeping the ball on the ground and in play. Against a power hitting team such as the Dodgers, if his control is on point, he should be able to limit the damage they can cause.

Injuries to the Dodgers rotation has allowed rookie Walker Buehler a chance in the major leagues earlier than expected. Since his call up, Buehler has been impressive going deep into innings while giving up minimal runs against top quality opposition over the past two weeks such as the Rockies, Mariners and Cardinals. The battle between youth and experience is a hard one to decide and might come down to one swing being the difference.