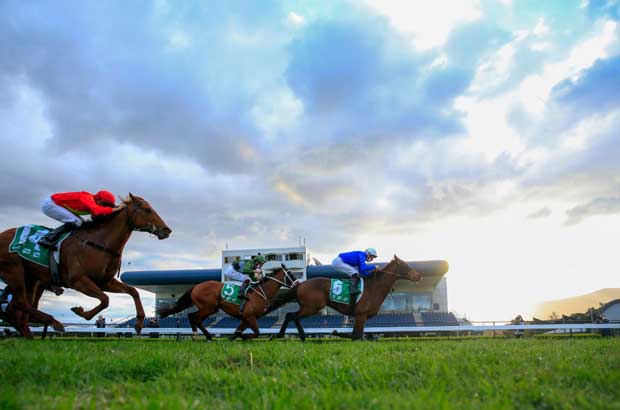 My best plays for today take place in Tamworth, with punters set to dissect a competitive 7 race card.

The rail is out 5m for the entire circuit, with the track rated a Good 4. At this set up, I expect on-pace runners to hold an advantage.

Confidence is high after both best bets saluted last week.

After scratchings there is still $6 available this about this mare, which looks massive overs.

She's raced in the provincial and metropolitan circuit without luck and will relish taking on lesser quality gallopers today.

Her last start 4th at Goulburn was behind subsequent winners Daralina Belle and Hoost, with the runner-up Left Reeling only narrowly beaten on Saturday.

Although there was a 2.7-length gap to 4th that day, her run was full of merit given she sat on-speed and was one of the first to compound in the worst going.

It's worth noting that the leader from that race, the John O'Shea trained Shaolin Temple, has since come out and run 2.49 length 4 of 12 at Newcastle behind some promising types.

This girl has since been sent to the Nathan Doyle stable, who has applied the tongue tie for the first time. Doyle is a promising young trainer and I suspect he's nailed the placement of this mare today.

The Tamworth 1400m is ideal for this girl.

From barrier 9, Koby Jennings will push forward to control the tempo, before producing a strong kick on the turn and proving awfully hard to run down.

The value bet of the day!

The winning stall doesn't come to often for this son of Lope de Vega, but the same could be said for many of his rivals in this clash.

He produced his best runs on a Good track over the mile, so I'm expecting him to be fighting out the finish today.

His career peak came on a Good 3 over 1600m with Grant Buckley aboard and I suspect we'll see him go to that level again today.

He's been building towards the mile all prep, gets Buckley back on and he maps perfectly to sit on the leader's back.

Look for Buckley to edge off the fence on the home turn and produce a huge run to the post.