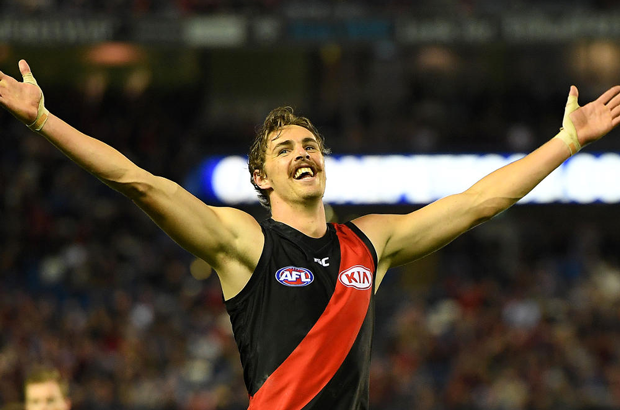 Bombers back from the brink

Last year's seventh-placed finish saw the beginning of a new chapter for the Bombers, who were eager to put the infamous mass-doping scandal behind them. In a blighted section of Essendon's history, they were disqualified from the 2013 finals, had their coach James Hird suspended for a year and most significantly, had 12 of their senior players banned from taking part in the 2016 season. Unsurprisingly, the Bombers picked up the dreaded wooden spoon.

However, two positives came out of these troubled times and manifested themselves last year. Firstly, Essendon's younger players are now battle-hardened and ruthless, after finding themselves on the end of several beltings in the troubled 2016 season. Secondly, the senior players who were suspended came back with fire in their bellies, desperate to make up for missing a full year in their footballing careers.

In 2017, Essendon ranked 2nd in the league for marks per game (104.3), as well as 3rd for goals scored per game (13.9) and disposal efficiency (74.2%). With a perfect blend of height and speed, the Bombers were devastating in attack, either pulling down the marks, or picking up the scraps and racing away into the open goal. There is nothing to suggest that the Bombers won't continue picking up from where they left off in 2018.

Player to watch: The player that most typifies Essendon's rapid and exciting style is Anthony McDonald-Tipungwuti. Lightning-fast, and constantly putting pressure on opposing defenders, he recorded the most tackles inside 50m for the Bombers (37). Also booting an impressive 1.5 goals per game, McDonald-Tipungwuti is a key attacking threat.

Key player: Joe Daniher bagged 65 goals last year, finishing 3rd in the race for the Coleman medal. At 23 years old, this was a serious achievement. Big, athletic and left-footed, he drew deserved comparisons to Lance Franklin. Look for him to spearhead the Bombers' attack once again.

Michael Hurley had a superb come-back-from-suspension season last year, ranking first league-wide for rebound 50s (145), often launching the attack from down back. He'll be looking to get defensive cover from Michael Hartley and Martin Gleeson, who can no longer use the excuse of youth.

The combination of big men Daniher and Cale Hooker, as well as speed men McDonald-Tipungwuti and Orazio Fantasia proved deadly last year, with the Bombers kicking the third most goals per game in the league. All capable of improving, and with the addition of new recruit Jake Stringer, Essendon's attack is shaping up one of the most menacing in the competition.

Despite losing the experience of James Kelly and Jobe Watson to retirement, Essendon have no shortage of midfield ability. Captain Dyson Heppell, ball-magnet Zach Merrett and Brendon Goddard, who shows no signs of slowing down, all had good seasons last year. Their job will be to get the ball into the forward 50 as quickly as possible.