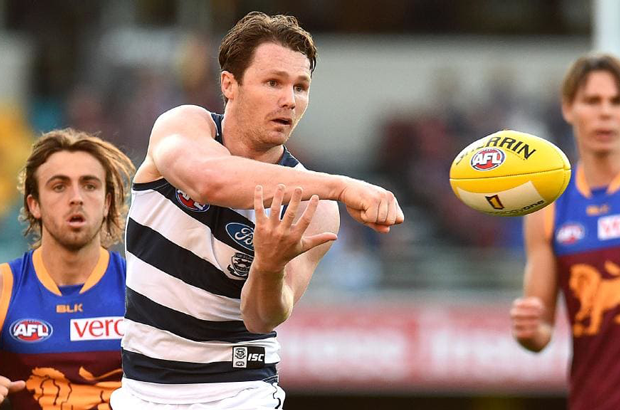 It's now or never for the Cats

In footy-mad Geelong, you can imagine the scenes of celebration when it was announced that prodigal son Gary Ablett would be returning home. The greatest player of his generation, Ablett will be once again donning the navy blue and white this season, finishing his career where his father Gary Ablett Sr. was revered so much by the Geelong faithful that they nicknamed him 'God'. The 'Son of God', Ablett Jr. led the Cats to premiership success in 2007 and 2009 and returns to the club after a seven year stint with the Gold Coast Suns.

In the past two seasons, the Cats have finished 2nd before being bundled out in the prelims, to the disappointment of Geelong fans. If they are to win a premiership in the next five years, this season is their only realistic chance, with key players Joel Selwood, Tom Hawkins, Patrick Dangerfield and now Gary Ablett having peaked in their careers.

A team that relies on its midfield stars, Geelong were again outstanding in 2017. Notching up 1901 tackles, more than any other club, Geelong were superb at keeping the opposition under the cosh and conceded amongst the fewest points at 82.6 per game. Geelong also made the third most clearances from stoppages (929), demonstrating the strength of their midfield that gets bolstered by Ablett.

However, in an ageing side, Geelong may lack the speed to keep up against the elite running capacity of younger teams this season. Selling Darcy Lang but particularly the electric Steve Motlop to bag Ablett could prove costly. Ranking just 11th in uncontested possessions per game last year (237.4), Geelong are at times too reliant on their contested ball-winning mids.

Player to watch: The beginning of Nakia Cockatoo's career has been blighted by injuries. However, when on the park, Cockatoo soars, kicking 11 goals from just 11 games last year. With speed and agility, Cockatoo will provide much needed exuberance for the Cats.

Key player: Perennial Brownlow favourite Patrick Dangerfield had a magnificent 2017, only bettered by Dustin Martin. Smashing the league in contested possessions per game (17.9), as well as going forward and booting the 11th most goals in the comp (45), Dangerfield is a player that every club would love to have. He will be relishing the prospect of playing alongside Ablett.

The experience and defensive nous of Harry Taylor, Lachie Henderson and Zach Tuohy will be crucial in repelling the opposition. Complementing the marking prowess of Taylor and Henderson, Tuohy quickly sends the ball forward and out of danger, leading the league in rebound 50s (122) last year. Look for another strong performance this season.

For years now Tom Hawkins has been the mainstay of Geelong's attack. Bagging another impressive 51 goals last year,  Hawkins will be looking to continue his consistent goal-scoring ability. With Daniel Menzel hopefully leaving a series of serious injuries behind him, he will be targeting at least 30 goals this year.

Alongside superstars of the game Ablett and Dangerfiled is captain courageous Joel Selwood, who really lifts in the big moments and inspires his whole team. Mitch Duncan is also an outstanding midfielder and one of Geelong's younger generation who really established himself last year. He will see it as a challenge to play his way out of the shadows cast by his highly acclaimed colleagues. This midfield is the league's best.