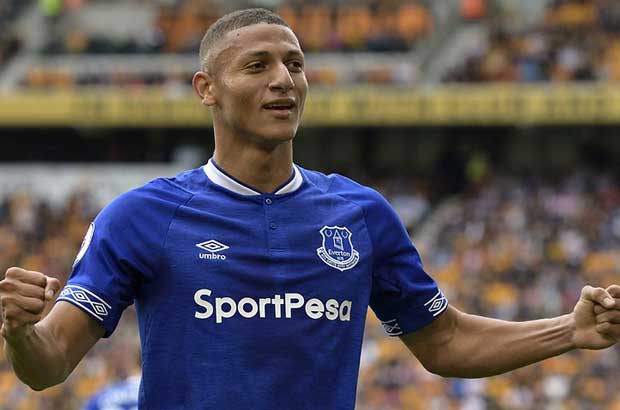 Toffees out for sweet revenge against Gunners

In a reduced EPL round, there are plenty of cracking games for EPL punters to get excited about.

Read our previews and EPL betting tips for the three feature matches, highlighted by Everton's attempt to overturn a losing streak when Arsenal come to town.

Before that, all eyes will be on Liverpool as they look to take all three points from Southampton in the latest chapter of the EPL title race.

The round concludes with a London Derby, as West Ham take on Chelsea at Stamford Bridge.

With just 6 EPL fixtures remaining for the Reds, they will be targeting nothing less than 18 points in their quest for their first league title in 29 years.

That all starts with a win against Southampton here, who are similarly desperate for every point.

That's because the Saints are embroiled in the race to avoid the last relegation spot, after both Huddersfield and Fulham were officially sent down in the past week.

Sitting 5 points outside the drop zone, a win or two would likely be enough for Southampton, who will surely give Liverpool plenty of headaches here.

Expect the home side to come out with tenacity and determination to earn at least a point here.

The Saints are flying high after recording 3 wins from their past 4 EPL games, including an impressive come-from-behind victory against Spurs.

James Ward-Prowse has been crucial to this run, netting a goal in all three games during this period.

His ability over a dead ball is second to none, scoring superb free kicks against both Tottenham and Manchester United in recent weeks.

With on-loan striker Danny Ings ineligible to line-up against his parent club, look for Ward-Prowse as well as the talented Nathan Redmond to do the damage.

And with a usually solid defence, Southampton are certainly no pushovers.

Liverpool were very lucky to escape with all three points against Tottenham last week.

Spurs' goalie Hugo Lloris spilled the ball from an innocuous Mo Salah header, leading to a calamitous own goal that gifted the Reds the win.

However, Liverpool were far from poor in that match, with their defenders in particular impressing

Andrew Robertson provided a pin-point cross that led to the opener, while Virgil van Dijk demonstrated just how good a defender he is in a crucial passage that saw Tottenham's Moussa Sissoko sky a shot on goal.

The worrying sign for the visitors however is their recent performances on the road in the EPL.

They only just scraped over the line against the relegated Fulham in their last away trip, while the three away games before that all ended up as draws.

Unless they can produce something special, this will be another nervy and close game.

Reasoning: Based on both team's form, this bet is looking the goods.

Everton host Arsenal in a clash that has huge ramifications for the top four race.

The Gunners are sitting in the box seat, currently in fourth place with a game in hand over the chasing pair of Chelsea and Man United.

The North Londoners also have the easiest run home of these teams, with this clash against Everton arguably the toughest game they'll play.

Playing at Goodison Park is never easy, but if Arsenal can come away with all three points, they'll take a massive stride towards Champions League qualification.

They will have to overcome a poor away record though, which is easily the worst of any of the "Big 6" sides.

Arsenal have won just 5 away games this season, their last coming against Huddersfield back in early February.

That was a 2-1 victory, where the visitors failed to really play in a manner that reflected their position on the table.

If they dish up a similar performance here, than an in-form Everton will get the better of them.

The good news for Arsenal is that both strikers Alexandre Lacazette and Pierre-Emerick Aubameyang are in good form.

The two combined for a classy goal in their recent home win over Newcastle.

Regardless of who starts, if not both, they have the quality to get the win for their side.

Turning to the Toffees, they look to be finally putting it all together after a horror season.

Their previous two matches have been 2-0 victories, over tough London opponents Chelsea and West Ham.

Marco Silva will be hoping for a third straight win over London opposition to shore up his position as Everton manager.

On the field, it has been a range of players who have impressed, including Brazilians Bernard and Richarlison.

These two have more than enough talent and trickery to match it with Aubameyang and Lacazette.

Reasoning: If this game was at the Emirates, then Arsenal would be specials. But at Goodison Park, and based on recent form, the Toffees should do enough to earn a point.

The round concludes on Tuesday morning with a London derby that will go a long way to determining the success of Chelsea's season.

Anything less than a top four finish would be a poor result for Maurizio Sarri's men, especially given the way they started their campaign.

But after a dreadful few months, the Blues are in serious danger of missing out on one of the lucrative Champions League spots.

They put in a strong performance to topple Brighton 3-0 on Thursday morning.

These two young English stars represent the next generation for Chelsea, ready to take up the mantle once the likes of Eden Hazard moves on.

If these two are handed another start in this fixture, you can bet that they'll do everything within their power to try and hold down place in the starting side.

Whoever starts for Chelsea, they'll need to find something special.

That's because this is a fixture where West Ham have a very good record in.

The Hammers always seem to lift for London Derbies, and this fixture is no exception.

The past three matches between these sides have resulted in two draws and one win for West Ham.

And because the Irons don't really have much to play for in this final stage of the season other than a top 10 finish, you can bet that they targeted this fixture, almost as a mini cup-match.

Their form coming in has been typically mixed, winning against Newcastle and Huddersfield, but losing to Everton and Cardiff.

Before that they went to Man City and almost came away with a point, after going down by one goal to nil.

With bags of speed and attacking talent in their side, don't be surprised if the Hammers nick a goal or two.

It will come down to whether their defence holds up. Based on recent performances, you'd have to think not.

Reasoning: The Hammers always step it up against London opposition. They'll keep it competitive once again.