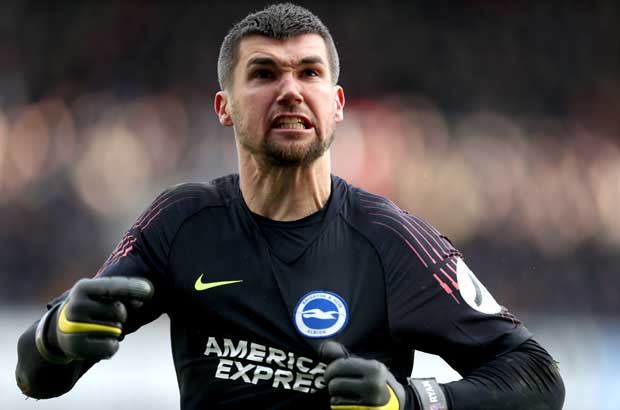 The fight for survival is first on the agenda in our EPL betting tips and match previews this week.

Cardiff City need nothing less than a win when Crystal Palace come to town, or face certain relegation.

Then the attention shifts back towards the title race, where Liverpool will be hoping to overcome a poor recent record in Newcastle to secure a crucial win.

Lastly, both Arsenal and Brighton will meet in a match that has huge implications at both ends of the table.

While Cardiff's fate isn't officially sealed, the EPL odds for relegation have them listed as $1.01 favourites.

Only two wins from their remaining two games will give them a shot at staying up.

And considering that they're away to Man U in the final matchweek, Bluebirds fans aren't hopeful.

However, crazier things have happened, and they're certainly in with a genuine chance of winning this clash at home.

It's been a tough season in many respects for Neil Warnock and his men, but EPL survival or not, they'll want to finish on a high in their last game at home.

They're coming off a 1-0 away defeat to Fulham, where despite being dominated in the possession stats and only having 27% of the ball, they created the better chances in the game.

Indeed, the Bluebirds had no less than 8 shots on target, with only good goalkeeping from Sergio Rico keeping Fulham in it.

With a little more possession, and a vocal home crowd behind them, don't be surprised if Cardiff score a few goals here.

Crystal Palace is their opposition, and the South Londoners have the better side on paper.

Wilfried Zaha is one of the hottest bits of property in the EPL, and he's had another solid season with 9 goals and 3 assists.

But Zaha's impact goes far beyond his EPL stats. He is a constant danger on the left, dribbling past defenders, and often drawing penalties and free kicks that lead to goals.

In a stat that speaks volumes about his quality, Zaha is right up there with Eden Hazard as one of the league's most fouled players.

A worrying stat for Cardiff is that Crystal Palace come into this clash with great away form.

The Eagles' last two away games have seen them record victories over Newcastle and Arsenal.

If they bring that form, they'll be hard to overcome.

But Cardiff are sure to play with much more desire, which should be enough to will them over the line and keep their season alive.

Reasoning: They'll be playing to win and will be hard to hold in their last home game of the campaign.

In what's been their best season in over a decade, it's incredible to think that the Reds might end it without claiming a piece of silverware.

But that's the reality their supporters face, after Liverpool went down by three goals to nil in their midweek Champions League semi-final in Barcelona.

Things aren't looking much better in the league, where Man City only need two more wins to secure the title.

However, Jurgen Klopp will know that all his side can do is win, and hope that they get a bit of luck with other results.

And this has been evident in Liverpool's league form, where they have now won seven games on the bounce, including a 5-0 demolition of Huddersfield in match week 36.

That game saw Naby Keita score inside the first 30 seconds, setting the tone for what was a breezy victory.

However, Newcastle have shown this campaign that they can be a very stubborn side to break down.

Ex-Reds manager Rafa Benitez has built Newcastle's success of the back of their defence.

In fact, the Magpies have conceded the 7th-fewest goals in the 2018/19 EPL season, and even have a better defensive record than the likes of Manchester United and Arsenal.

At the other end of the pitch, they have some quality attackers in the form of Salomon Rondon and Ayoze Perez.

Rondon has scored 9 and assisted 7, which is all the more impressive considering he has only played 30 games.

He's also a big, physical presence, and while he probably won't trouble PFA player of the year Virgil van Dijk, he'll still give him something to think about.

But it's Perez who's the in-form man, and the forward that Liverpool will need to contain.

In their last home game, Perez scored a hat-trick, and will be keen for more in Newcastle's last home appearance of the campaign.

To get a result and effectively end Liverpool's title hopes, Newcastle will have to score.

Because as good as their defence is, it's hard to see them containing Mo Salah, Sadio Mane and Roberto Firmino for a full 90 minutes.

Especially as they'll be keen to make up for missed chances in their recent UCL tie.

Reasoning: The Reds have struggled in their recent trips to Newcastle.

However, this bet covers the distinct possibility that they'll scrap over the line.

Arsneal vs Brighton and Hove Albion

The top four and relegation narratives collide in this clash, as the Gunners host the Seagulls in a must-win game for both sides.

Arsenal have been on a horror run in the EPL of late, having lost three straight fixtures.

None of these games were against other Big Six sides, in a damning example of how Arsenal's season has crumbled.

This has left them sitting two points behind 4th-placed Chelsea, and with just two games to play, this is a big margin.

Anything less than a win here would effectively mean that their top four hopes would be dashed.

But interestingly, not their chances of qualifying for the Champions League.

It seems that Unai Emery has made the Europa League his number one priority, where the Gunners are set to play their semi-final on Friday morning.

Winning the Europa League of course means direct qualification for the Champions League.

And as this appears their most realistic chance of making the UCL, expect Arsenal's players to give everything, and treat this EPL clash as a second priority.

Already with their fair share of injuries, the Arsenal players that line-up against Brighton will be tired after not just a busy week, but a hectic year.

This hands Brighton the advantage, considering that they have had a full week to prepare for this clash.

A win in either of their last two games and the south coast side will stay up.

But considering they play the Citizens next week, this fixture is their best chance of getting the win.

Furthermore, the Seagulls have shown excellent fight in their past few performances.

Their last two away games have seen them draw with Wolves, and if it wasn't for a 88th-minute Christian Eriksen strike, would've secured an away draw against Spurs too.

And after only conceding 2 goals in their past 3, Brighton's defence is on song.

Thy just need to find a goal or two.

If Glenn Murray is given half a sniff in the box, he's got all the experience to bury it, and help cause an boilover.

Reasoning: Above all, Arsenal's recent EPL form has been shambolic.