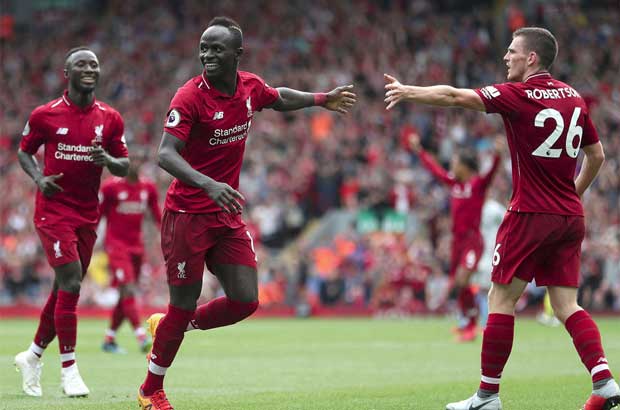 After what felt like an eon for EPL punters and fans, the competition returns this weekend after the international break.

The highlight game is a belter, where Liverpool will be looking to make a big statement in their quest for the title, when a misfiring Tottenham come to town.

Read on to find out our EPL betting tip for this fixture, as well Watford's trip to Manchester, and Cardiff's attempt to repel Chelsea.

The rejuvenated Red Devils will resume their push for a top four finish when they host Watford.

Ole Gunnar Solskjaer's men are currently sitting just two points behind 4th-placed Arsenal, who they will overtake with a win here.

After a dream run under Solskjaer, Man U were brought back to earth before the international break, with successive defeats.

The first was a 2-0 loss to the Gunners in the league, before they were knocked out of the FA Cup after a 2-1 defeat to Wolves.

The international break came at just the right time, allowing Man U to refocus for what is now the final and most exciting portion of the season.

The good news for United is that both of these defeats came away from home.

A return to Old Trafford might just give them the boost they need to return to winning ways.

The last game at Old Trafford saw Man U prevail 3-2 over Southampton after Romelu Lukaku scored the winner in the 88th minute.

Despite coming away with the win, this game had signs that Man U weren't far away from a ride down the slippery-dip.

If the 16th-placed Saints can give United a scare on their home turf, then don't dismiss the chances of an 8th-placed Watford of pulling off an upset.

The Hornets have had a great season, and are also coming off a good run of form.

Take away recent fixtures against Liverpool and Manchester City, and Watford have won 5 straight games in all competitions.

They have quality all over the park, and present a goal threat from anywhere.

This is backed up in the stats, where the Hornets have no less than 7 players who have scored 3 or more goals this campaign.

Compare that with the Red Devils, who only have 5 players with 3+ goals this season.

While Manchester United will need to be wary of everyone, the strike duo of Gerard Deulofeu and Troy Deeney have worked well in tandem during Watford's recent run.

Reasoning: Strange things often happen after international breaks, especially with the big teams like United have plenty of their players fly off for international duty.

On top of that, recent form gives Watford more than enough hope of pulling off an upset.

This is a fixture that has huge implications at both ends of the table.

While Chelsea are playing for a top four finish, Cardiff City are currently sitting in the drop zone, three points from safety.

A win in a game like this will be a huge bonus in their chances for survival, as it's a match-up that they're not expected to win.

And after a welcome rest during the international break, Neil Warnock will be expecting his players to come out full of energy, ready to fight for every ball and scrap in every contest.

In their last EPL game, the Bluebirds recorded an impressive 2-0 home win over West Ham.

This was despite having just 29% of the possession.

Expect to see a similar game plan here, where Warnock will instruct his players to sit deep in defence, before using their pace to hurt Chelsea on the counter-attack.

The player who will be key for Cardiff is Canadian winger Junior Hoilett.

Hoilett plays on the left and has more than enough speed and power to trouble Chelsea's right side defence.

After scoring the opener in the Bluebirds' recent victory, Hoilett will also come into this clash full of confidence.

The Blues will need to be wary because an upset is well and truly on the cards here.

Especially as Chelsea have been far from convincing in recent performances.

In fact, their past two Premier League games were a 1-1 home draw against Wolverhampton, followed by a 2-0 away loss to Everton.

Gonzalo Higuain has failed to do much in a Blues shirt since arriving from AC Milan, while the likes of Willian and Pedro have also been quiet in attack.

As good as he is, all the attacking responsibility can't be left to Eden Hazard alone.

Nevertheless, his quality is enough for Chelsea to register an important win away from home.

Reasoning: With a vocal home crowd behind them and over two weeks to prepare for this clash, these are good odds for the Bluebirds to pick up something against a stuttering Blues outfit.

The highlight game of the round is saved for last, as Tottenham travel up to Liverpool with the intent of scuppering their title hopes.

The Reds sit two points clear at the top of the table, although have had the benefit of playing an extra game than the chasing Man City.

Anything but a win here would seriously jeopardize Liverpool's title hopes, especially as Man City are taking on cellar-dwelling Fulham this week.

Looking first at Tottenham, they will be keen to get back into the winner's circle as quickly as possible after a disastrous run in the EPL of late.

Spurs have only secured 1 point from their previous 4 EPL games, in a run that has thrown them into an unwanted top four race.

While some would argue that the international break helped Spurs, by giving them a chance to regroup, it remains to be seen whether this is true.

The reverse fixture earlier this season came directly after the international break, where Tottenham were soundly beaten at home by the Reds.

While the scoreline that day ended up 2-1 to the visitors, it was arguably Spurs' worst display of the season. A three or four-nil scoreline would've been a more accurate reflection of the game.

Mauricio Pochettino's men were flat that day, and if they come with the same lack of energy here, then they'll definitely be on the end of a hiding at Anfield.

One potential boost for Spurs is Dele Alli, who should be reaching peak fitness after a recent return from injury.

His late runs into the box look to be Tottenham's best chance of breaking down a rock-solid Liverpool defence.

Speaking of Liverpool's defence, it has been the best of any team this campaign if you judge it by the amount of clean sheets kept.

With an EPL-high 17 clean sheets, the Reds have built their title challenge from the back, where new goalie Alisson and centre-back Virgil van Dijk have played starring roles.

Interestingly though, Liverpool have failed to keep a clean sheet in their previous three matches in all competitions.

In these games, it has been the Reds' attack that has been getting them over the line, with Sadio Mane in particular hitting his best form all year.

Mane has scored 5 goals in Liverpool's past 3. He also found the back of the net in Senegal's recent victory over Mali.

He's without a doubt the danger man in this clash.

Reasoning: At Anfield, and in the better form, expect Liverpool to win well.