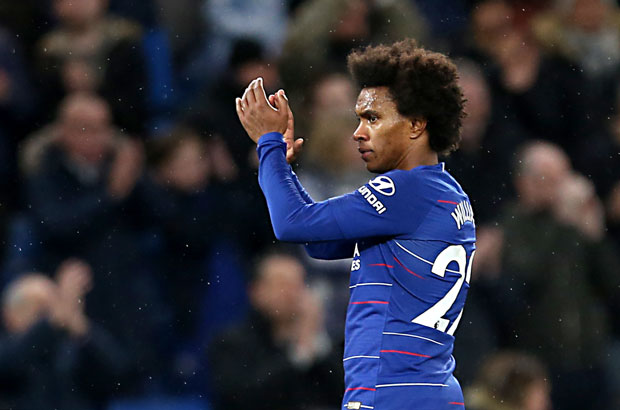 Can Gunners fire against Blues?

The mouth-watering London derby between Arsenal and Chelsea highlights a cracking list of EPL fixtures this weekend.

The Gunners were goal-shy last week, and need to rediscover their firepower up top to get the better of bitter rivals Chelsea.

Another London derby will see Fulham host a depleted Spurs side, who will be without their two top-scorers.

But before these grudge-matches, Everton will make the long trip south to take on a Saints outfit who are desperate to stave off relegation.

After an important victory last week in their attempt to avoid relegation, Southampton will look for more of the same here when Everton come to town.

The Saints recorded an impressive 2-1 victory on the road to Leicester in match week 22, easing some of their fans' worries.

But sitting just one point outside of the bottom three, Southampton are by no means out of danger.

They face an uphill battle in getting something out of this clash.

Everton ended a poor patch of form with a 2-0 victory over the Cherries last week.

While  European qualification appears out of reach, Marco Silva's men will still be looking for a strong second half of the season.

A positive from the victory over Bournemouth was centre back Kurt Zouma finding the back of the net for the first time as a Toffee.

Everton have some of the highest quality defenders in the league, with Michael Keane, Yerry Mina, Lucas Digne and Zouma all presenting an attacking threat in addition to their usual solid defense.

However, these defenders have underperformed in 2018/19, with last week's clean sheet the first in ten games for the Toffees.

They will be looking to build off last week's effort, with England goalie Jordan Pickford no doubt desperate for another clean sheet next to his name.

While the Saints have more to play for, they also have fatigue to contend with.

That's because they had the replay of their third round FA Cup game midweek, while Everton had the week off.

The Saints started with a near full-strength line-up against Derby in that game, which saw 120+ minutes of play before going to penalties.

Derby were victorious from the spot, in a result that doesn't bode well for the Saints.

Their confidence will be dented, and their legs will be sore.

Look for Everton to capitalise.

Reasoning: The Toffees have more quality, and the benefit of a week's rest. They should account for a team that has struggled all season.

The match of the round sees 4th-placed Chelsea make the short bus trip to North London to take on 5th-placed Arsenal.

After a disappointing derby defeat to West Ham last week, Unai Emery's men will be looking to bounce back in their quest for a top four finish.

A side that has scored freely this season, Arsenal seemed to lack creativity in the final third against the Hammers.

Mesut Ozil continues to be left out of the match day squad, as rumours circulate that he's on the brink of a move away from the club.

In Ozil's absence, much of Arsenal's creative force comes through the wing-backs, in particular, Hector Bellerin.

Bellerin didn't start against West Ham, but expect him to line up against the Blues here.

But the big problem all season for the Gunners has been their shoddy defence.

Remarkably for a team in the top six, Arsenal have kept the fewest clean sheets of any team in the EPL.

Against Chelsea's potent and crafty attack, don't expect the home side to record a third clean sheet of their EPL campaign here.

As good as the Blues' attacking players are, they have been kept relatively quiet in recent weeks.

In the absence of an in-form number nine, Maurizio Sarri has employed Belgian superstar Eden Hazard in the striker role.

In this position, Hazard has been far from his best, and has failed to find the back of the net in his previous five games.

Both Pedro and Willian scored in Chelsea's 2-1 defeat of Newcastle in match week 22.

If Hazard continues to struggle in front of goal, these two have more than enough quality to pick up the slack.

As both teams' attack is equally matched, this game will likely come down to whose midfield and defence stands up.

Chelsea have vast superiority in these areas, and it's why you should be confident that they'll get the job done.

Reasoning: Hazard and Chelsea will relish playing against a sub-par defence here.

The EPL story of the week has been the news of Harry Kane's ankle injury.

To compound this issue, Spurs lose their second leading goalscorer of this campaign Son Heung-min to the Asian Cup.

If South Korea make the final as expected, Son could miss up to a month of EPL action.

With Lucas Moura also expected to miss this fixture with a knee injury, Spurs are looking very light in the final third.

Back up striker Fernando Llorente looks the natural fit.

Llorente was rumoured to be sold this January, but with Kane's injury, is now expected to remain in North London.

As Llorente has struggled in a Spurs kit to date, look for quality attacking midfielders Dele Alli and Christian Eriksen to pick up the slack in front of goal.

Their finishing will need to be better than last week, where Spurs suffered a 1-0 home defeat to Man U, despite having eleven second-half shots on target.

Fulham meanwhile are looking like relegation favourites, with the recent appointment of Claudio Ranieri not yielding the immediate improvement Fulham needed.

They sit in 19th spot on the ladder, six points from safety.

In all of their previous 10 games, the Cottagers have failed to score more than a solitary goal.

While Ranieri is renowned as a defensive coach, this lack of goals is starting to become an issue for a side who aren't without a number of quality attacking players.

And just as Fulham's attack is failing, so is their defence.

They have conceded two or more goals in their previous three matches.

While keeping a clean sheet will be easier against a side without their two leading goal-scorers, Spurs still have more than enough quality to secure all three points.

Reasoning: Fulham haven't looked fluent enough under Ranieri to trouble Tottenham's defence. Expect Spurs to scrape a goal or two and hold on for the win.