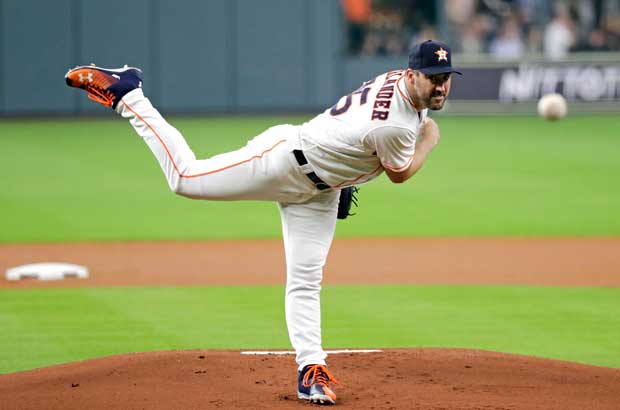 With less than 50 games remaining for teams to cement their spots in the playoffs, the battle within the American League West Division is really coming to a boiling point.

As it stands, 8 games separate the first placed Houston Astros (73-42) and third placed Seattle Mariners (65-50), with the Oakland Athletics (68-47) sandwiched in second.

Oakland’s charge up the division standings coincide with a major league-best 34-11 record since June 16, seeing the team hold the second AL wild card, 4 games behind the Yankees who occupy top spot.

The intriguing factor amongst this situation is the fact that all three teams within the AL West boost a win % over .565, enough to have claimed the top place mantle in most other divisions in the MLB, especially when assessing the NL.

However, if the standings hold true, given the structure of the playoff system, Seattle would miss out on a playoff opportunity. Therefore, there will be no more important matchup to Seattle than the August 9th-13th Divisional Series matchup against the Astros to bridge the gap.

Seattle will be hungry to redeem themselves, missing an opportunity earlier this month giving up 2 out of 3 games at home to the astros. Surprisingly, a stat not many teams could hold over the current season, the Mariners possess a 5-2 record for the season against Houston.

Through the first 82 games of the season, with a fit and healthy team, the Astro’s, within their matches, scored 173 runs more than their opponents. This statistically was the best run differential at the midway point in the history of the 162-game schedule, which began in the American League in 1961.

The post all-star break hasn't been as kind... If it weren’t for Houston's amazing depth, a testimony to the work of GM Jeff Luhnowa, a disabled list consisting of All-stars / team regulars George Springer, Jose Altuve, Carlos Correa, Brian McCann and Lance McCullers Jr. would be enough to make most teams fall into a form slump.

A prime example of such depth is their primary No. 8 hitter last year, Alex Bregman. At just 23 years of age, this young gun hit .283 for the year and homered off Clayton Kershaw, Kenley Jansen and Chris Sale (twice) in the playoffs. A continuous of his batting average into the 2018 season have allowed him to move up the order freely this season with Houston suffering minimally in production.

Although not reaching the current heights of the first half split, the team has still managed to produce strong performances over elite teams such the LA Dodgers in their World Series rematch. This can be accredited to the pitching staff, who have keep their brilliant figures continued into the second half of the season.

The Astros were the only team that reached the break having used just five starters: Verlander, Cole, McCullers, Morton and Dallas Keuchel. They led the majors in lowers starters’ earned run average (3.02) and opponents’ batting average (.209), but also in innings pitched (613).

Looking at the present, McCullers injury has forced a shift in the rotation and bullpen resulting in a minimal raised team era to 3.04.

Houston always seem to keep their best performances for big series and I expect them to be geared up and ready to go to push themselves clear of the charging teams below over the upcoming series.

The Mariners entered the all-star break with the fourth best winning percentage in the Major Leagues, coincidently their fourth best record in club history.

When assessing the players performing as apart of this team it's no surprise where they stand. Nelson Cruz, Edwin Díaz, Mitch Haniger and Jean Segura are having a stellar year coming up clutch when needed the most with the mariners having a perfect 9-0 record when a match has gone into extra innings.

A current view of the team sees their pitching improved vastly over the past seasons.

Amongst American League starting staffs, the Mariners are 3rd in innings pitched, 4th in quality starts, 5th in winning percentage and 7th in ERA.

Never will this be as important than in the series with Houston. Matchups will come down to pitching and the Mariners will have their backs up against the wall against the elite pitching away from home.

Two ‘aces’ clash in game 1 looking to get their teams off to the right start.

James Paxton will be looking for some run support to help his good performances recently. Luck hasn’t been on his side losing 4 out of his last 7 games, where he has only allowed 3 runs or less. This year Houston has only managed to bat .203 against the left handed pitcher.

Justin Verlander is yet to face the mariners this year, however in 2017 kept them to a .204 batting avg.

This Mariners team is much stronger than last year so expect a hot start. Verlander's four-seam fastball generates an extremely high number of swings & misses and consists of a good "rising" action, resulting in somewhat more fly balls compared to other pitchers'.

However, when facing a power hitting team, this can lead to ‘fly balls’ having more distance on them. I expect there to be quite a few home runs in this match up, even if the contest stays low scoring. Mariners will see this as a must win game and have the personal to go after Verlander.

Since his move from the Pirates to Houston, Gerrit Cole has established himself as one of the league's best pitchers, having a year which has him up for CY Young contention along with his fellow teammates.

Still young at 27 years of age, he is constantly improving as seen through his increasing control over his slider and curve balls which have worked wonders for him this season.

Mike Leake leads the Mariners in innings pitched, including 3 games of 8 innings plus. His past performances however haven’t been up to his high standard resulting in a 0-4 record over his last 7 games, with batters having a batting avg of .441 against him in this stretch.

A pitcher who relies on confidence to produce his best, expect his control to be a bit wary beginning the match, and improve as he settles into the match. Against a team such as Houston however, the match might be decided before he really gets into his strive.

The last time Wade LeBlanc faced Houston it wasn’t a pretty sight, getting knocked out of the game in 3 innings, giving up 7 runs in that time frame.

He will be out to rectify his mistakes in the last game for sure, but up against Charlie Morton would need to turn in an outstanding performance to walk away with the win. Charlie Morton is having a stellar year within the rotation. In his two games against the Mariners this year he has given up a lowly 2 rbi overs 46 AB’s.

Expect this to continue with another win.

The battle of the two experienced pitchers matches the lovable Felix Hernandez against the lethal Dallas Keuchel. Hernandez still possess glimpses of his award winning best, however for large parts of the game his control can wander and as a result boosts a 5.49 ERA.

A lot of the houston youth players love facing Hernandez especially Bregman who is carrying 3 hits over 5 AB’s.

The ‘enigma’ Keuchel started the year poorly, having the worst record for his team amongst starters. He has recently clicked into gear, having amongst a league best 1.97 ERA over his last 7 games. The interesting statistic amongst all these wins is the 36 hits given up, which shows he is far from perfect.

This may be the game he finally concedes a few more runs and for this reason it makes the match-up one to avoid from a betting perspective.