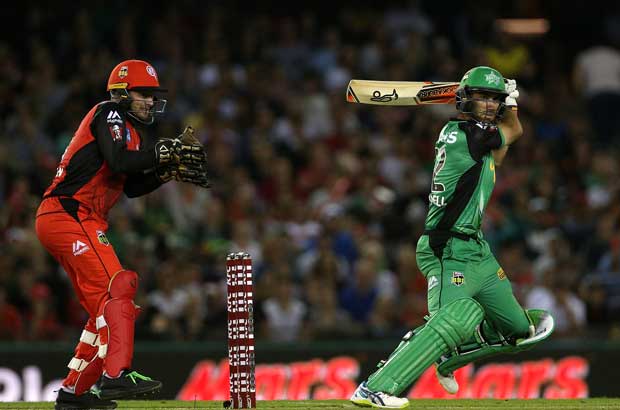 The latest instalment of the Big Bash resumes this Wednesday, and is once again set to light up TV screens and cricket grounds across Australia.

Last year's champions Adelaide will be out to defend their title, while both Melbourne teams will be looking to break their duck in the competition.

With a player pool that contains a good mix of young Aussie talent, experienced T20 stars and high-quality international imports, the tournament is a must-watch for cricket fans.

If one thing is guaranteed, it's that there will be no shortage of fireworks as the eight teams vie for the title.

Reigning champions Adelaide have a great chance of defending their title this season.

Head coach Jason Gillespie will be pleased after the Strikers were able to retain a vast majority of the winning side from last year.

Alex Carey, Rashid Khan and Billy Stanlake shape up once again as the key players.

If Khan can repeat his destructive bowling display from last season, most teams will be hard pressed to beat the Strikers, especially at the Adelaide Oval.

The Afghani leg-spinner was the leading wicket-taker of BBL|07, also managing an economy rate of less than a run per ball.

In T20 cricket, keeping it tight is just as important at taking wickets.

Speaking of wickets, 200+ centimetre beanpole Billy Stanlake will also be a force to be reckoned with.

With ODI internationals on the horizon, this fast bowler will be aiming for a strong Big Bash showing.

Under the guidance of Gillespie, you can expect big things from Stanlake.

Dizzee will have to cope without club captain Travis Head though, who will miss most of the comp due to his presence in the Test and ODI sides.

BBL Betting Tip: Billy Stanlake to take most wickets for the Strikers @ $7

You can't talk about the Heat without mentioning the so-called "Bash Brothers".

The big-hitting openers of Chris Lynn and Brendon McCullum are among the most destructive batters in the comp.

When he's in form, Lynn is Australia's best T20 batsman, with the ability to whack ball after ball into the stands.

And even though he's now in the twilight of his accomplished career, Kiwi Brendon McCullum has long been one of the world's best white ball players.

But above all, their class and experience will wash off on Brisbane's younger brigade, including the likes of Matt Renshaw.

If Brisbane's bowling attack can break even, the Heat will be a force to be reckoned with.

James Pattinson can be deadly if his body holds up, while young Afghani off-spinner Mujeeb Ur Rahman could be a surprise packet. Especially if he can repeat the performance of countryman Khan at the Strikers.

The Hurricanes come into BBL'08 with one of the best looking squads on paper.

D'Arcy Short, Matthew Wade, George Bailey, Alex Doolan, James Faulkner, Johan Botha and Jofra Archer all lining up with each other will have Hobart fans licking their lips.

They will be hoping to go one better than last season, where after a late-season charge, they finished runners-up to the Strikers.

Big-hitting D'Arcy Short won the player of the tournament award after hitting a monster 572 runs.

Considering the next best run total was 443, Short was by far and away the best batsman in the 2017/18 BBL season.

While repeating this scoring output will be tough, Short has shown that he's more than capable.

Former test keeper Matthew Wade is also in some fine form with the bat. He is the current leading run-scorer in the Sheffield Shield, averaging upwards of 63 runs per innings.

If he can carry that form over into the shorter format, the Canes will be scoring runs for fun.

Jofra Archer will spearhead Hobart's attack. The West Indian-born Englishman won plenty of fans last season, and even a slight improvement will make a world of difference for the Hurricanes.

With plenty of bowling depth and experience behind Archer, the Hurricanes are looking very strong.

The club that was one of the busiest in the off-season was the Renegades, who have turned a large portion of their squad over in the search for success.

They lose mainstays Brad Hodge and Brad Hogg to retirement, as well as James Pattinson and Dwayne Bravo to rival clubs.

They are replaced with experienced T20 players Dan Christian and Cameron Boyce, as well as international quicks Usman Khan Shinwari and Harry Gurney.

While some will claim that T20 is just about turning up and swinging the bat, factors like team dynamics still come into play.

With such a new look side, the Renegades may take some time to gel and get up and running.

This is especially the case as their captain and star player of last campaign Aaron Finch will sit out most games due to his Test and ODI commitments.

This is a big blow for the Renegades, who don't look like breaking though for their first Big Bash title this season.

However, fans of the franchise will be pleased by the Renegades fast bowling stock.

Alongside Shinwari and Gurney, local lads Kane Richardson and Chris Tremain will provide plenty of fire.

If this pace attack is on song, the Renegades may sneak a Top 4 spot.

Could this be the year that a Melbournian team takes the crown?

If so, you'd have to think that it'd be the Stars, who once again boast a star-studded squad.

While they will miss some time from when the ODI's roll around, their ability to bat at the death is unrivalled in the comp.

Stoinis in particular is capable of hitting six after six when he's in the mood. His talent for hitting lofted straight drives is among the best in the world.

Don't forget Ben Dunk, the opening batsman who has made a mess of opposition bowling figures in the past.

Dunk had a poor campaign last time for the Stars, and will be looking for a solid improvement here.

There's plenty of bowling quality too.

Nepalese leg-spinner Sandeep Lamichhane and Pom paceman Liam Plunkett will come in and play half a season each.

Adam Zampa showed some good form in the recent T20 internationals against India, while new recruit Dwayne Bravo is also more than handy with the ball.

A team that has underperformed in the past, Stars coach Stephen Fleming will be looking to get the best out of his players.

If that's the case, the Stars should be winning the comp.

The most successful side in BBL history will line-up for another crack at the title here.

The Scorchers have made five of the seven BBL finals, taking out three titles in the process.

Their ability to keep most of the core of their team together has been a definite strength for the West Australians.

That, and their embarrassment of fast-bowling riches.

Despite losing Mitchell Johnson to retirement, the Scorchers still boast the likes of Nathan Coulter-Nile, Andrew Tye, Jhye Richardson and Joel Paris amongst their ranks.

While at least one of these players will likely sit out when the ODIs start in January, there is still plenty of bowling depth.

But it's his batting that will need to be at its best if the Scorchers want another title.

They will receive a big boost when Cameron Bancroft returns from his nine-month suspension after his role in Sandpapergate.

However, don't expect him to come back in and start scoring for fun. He may need some time to re-adjust to first class cricket.

If that's the case, then it's Perth's batting stock that is their definite weakness.

While having plenty of all-rounders, they don't have many out-and-out batsmen besides Bancroft.

The team that the bookie's have finishing last face an uphill battle to make the Top 4 this year.

But they aren't without a hope.

Two English imports hold the key. Joe Denly and Tom Curran are both quality players who are in and around England's best eleven.

Denly is a leg-spinning all-rounder, who does his best work with the bat.

He has more than 10,000 first class runs listed to his name, and he'll only be looking to add to that number for the Sixers.

Curran is a fast bowler who fans might remember from of the previous England tour. He's a one day specialist with good variety, as well as being handy with the bat.

Besides these two, the star power is lacking for the Sixers.

Captain Moises Henriques has always been a quality player and he'll need to not only play a big role himself, but get the most out of his players.

They will need to rely on their techniques rather than their reputations. The good news for Sixers fans is that in T20 cricket, anything is possible.

Look out for young spinner Lloyd Pope, who is being hailed as the next big thing.

With a shock of red hair, you won't be able to miss him. A good bowling performance here, and Pope will quickly become a cult figure in Australian sport.

BBL Betting Tip: Lloyd Pope to take most wickets for the Sixers @ $7

The most unpredictable and exciting team going into BBL|08 is the Thunder.

Fans of the franchise will be hoping that captain Shane Watson goes out a winner in what is expected to be his last season of first class cricket.

He will team up with the two recruits of the competition, England stars Joe Root and Jos Buttler.

England captain Root is one of the best ODI batsmen in the world, with a current average of 51.52.

Buttler can be just as damaging on his day. His boundary-hitting ability is unrivalled in the England set-up.

These two are sure to add bags of quality as well as runs on the board for the Thunder.

The problem is that both Root and Buttler will only be available for half the season, before they depart to be replaced with fellow internationals Chris Jordan and Anton Devcich.

These two are solid players but nowhere near the level of Root and Buttler.

Therefore, the Thunder need a strong start to the season to make the most of the time when the English duo are playing.

In the bowling department, quality leggy Fawad Ahmed has the ability to clean up opposition batting orders.

So even without Root and Buttler, the Thunder will always pose a threat. 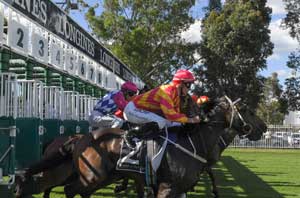 Rosehill Gardens plays host to a cracking nine-race card on Saturday, with the feature race of the day the Group 2 Hobar.....

This week’s early market betting action focuses on Silver Slipper Day at Rosehill and a bumper card at Caulfield. ..... 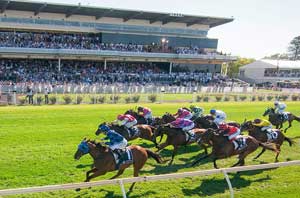 Ascot hosts WA metropolitan racing on Saturday and with no William Pike, many punters are scrambling in the lead up. .....

Queensland racing heads to Eagle Farm this Saturday, where a quality nine-race card will give punters plenty to chew on......

This week's Caulfield card is brimming with quality, with the feature Blue Diamond Stakes well supported by fellow Group..... 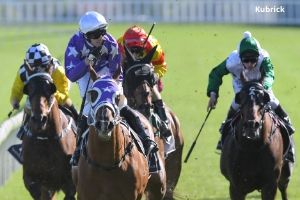 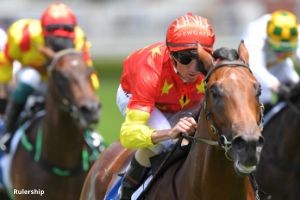 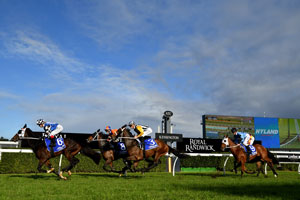