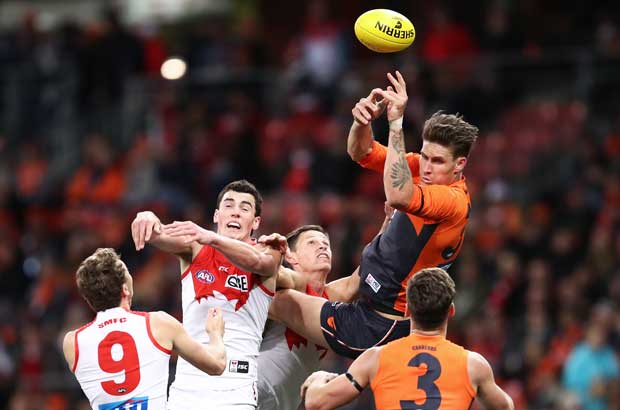 Biggest battle of the bridge yet

The third sudden death match is an all-Sydney affair, as the Swans and Giants compete for harbour-city supremacy.

This looks to be the biggest "battle of the bridge" yet, with each club looking to consign the other to an early finals exit.

The eyes of the AFL world will be on the SCG on Saturday, as day becomes night and the superior Sydney side will shine.

When these teams last met in Round 22, it was the Bloods who got the better of their cross-town rival, winning by 20 points thanks to a masterclass from Buddy Franklin (see highlight reel below).

Don't be deceived by this result however.

The Giants had a healthy lead, with their co-captain and star defender Phil Davis keeping Buddy quiet in the early exchanges.

But then Davis picked up a leg injury that took away his mobility and forced him to play in the forward line.

With the inexperienced Jeremy Finlayson as his new opponent, Franklin was off the leash, and kicked the four goals that proved decisive.

Furthermore, the Giants were without star men Josh Kelly, Toby Greene and Zac Williams who will all be playing this match.

Even though the Swans won on that occasion, it's clear that they will need to perform at a much higher level if they want to get the job done here.

They are definitely capable of rising to the challenge.

The Swans have made the last eight finals series and have big-game experience on their side.

Players like Josh Kennedy, Jarrad McVeigh and of course Buddy, have the class to orchestrate a victory in front of their home fans.

But with so many good players to come back from injury, the Giants will be looking to use this match as a springboard into their tilt at the flag.

A medium chance of showers, but not enough to impact the result in any way.

In finals footy, the contest in and around the ruck becomes even more crucial.

Everything stems from the ability of the mids to win the ball and send it forward into attacking areas.

And with better numbers in contested possessions and clearances all year, the Giants look to have the decisive advantage in the scrap.

Take away Franklin, and the Giants are specials to win.

Reasoning: The Giants have too much upside not to get the better of their big brothers.