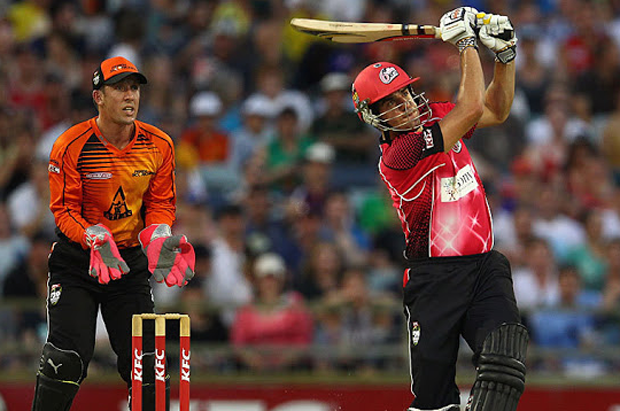 Your Punting Guide to the Big Bash League

Who wins this season and where's the best betting value?

The newest staple of the Australian summer gets underway tonight as the Sydney Thunder do battle with the Sydney Sixers in the first match of the seventh season of the Big Bash League (BBL).

If you’re a cricketing purist and still cling to belief that cricket should be played with a red ball, it’s time to open your eyes and succumb to the lure of the most entertaining form of the game. The BBL is now the fifth-best attended sports league in the world after average crowds per match last season reached 30,000 with over a million TV viewers.

We've compiled a team-by-team guide and identified the best value bets for each team to consider when having a punt on the tournament.

What you need to know: The Perth Scorchers are the most successful team in BBL history having played in five of the six finals and winning three of them. Their squad is littered with T20 specialists and is mostly unchanged from last season so expect them to be putting up a stern title defence.

Key Player: Michael Klinger - he’s the highest run scorer in the history of the BBL and averages an impressive 37.72 in Twenty-20’s (T20s). Klinger relinquished state duties in the Sheffield Shield this summer to focus on this BBL season so expect a big campaign from him.

Foreign star: David Willey - is the lone international player in the Scorchers’ squad and back for his third BBL campaign after playing a pivotal role in Perth’s title win last year. The left-arm allrounder has collected 17 wickets at 20.64 for the Scorchers over the past two seasons and has two T20 centuries to his name.

Reasoning: Johnson was the Scorchers’ leading bowler last year with 13 wickets and always rises to the occasion at his favoured bouncy WACA pitch.

What you need to know: The Sixers have been one of the most consistent franchises in the short history of the BBL having made three finals and winning one title. Their squad is looking thinner this season however and a finals series could be out of their grasp this season.

Key Player: Sean Abbott - was the one of the stand out players of BBL 6, leading the bowling statistics with 20 wickets in 10 matches at an average of 16.15.

Foreign star:  Jason Roy -  a talented opening batsman in the limited over format and the Sixers will be hoping he makes an impact early in the tournament given they will likely lose him towards the back-end to international duties with England.

What you need to know: The Heat missed out on last year’s final by a whisker after being beaten by the Sixers in the semi-final following a super over. The side is full of attacking weapons with ‘bash brothers’ Chris Lynn and Brendan McCullum sharing the second highest strike rate in BBL history at 157.

Key Player: Chris Lynn - he’s the first million-dollar man of the BBL and last year’s player of the tournament with a batting average of 154.50 from five innings, hitting on average 5.2 sixes per game.

Reasoning: Chris Lynn ($2.25) is favourite to top the Heat’s run scoring statistics however the bookies have not factored in that Lynn is expected to miss the latter stages of the tournament through international duty. Coupled with the fact that Lynn is nursing a suspect shoulder, McCullum is the best value bet here.

What you need to know: The Stars have never won the tournament despite making every finals series. Once again, they have assembled arguably the strongest line-up on paper and it’s hard not to see them break their hoodoo this season.

Key Player: James Faulkner - considered one of best limited over players in the world, the allrounder has forged a reputation as the ‘iceman’ in pressure situations with both bat and ball.

Foreign Star: Kevin Pietersen – the charismatic Englishman was the leading run scorer for the Stars in BBL 6 having scored 268 runs at an average of 38.28. He loves the big stage however hasn’t played much cricket this year after pulling out of the IPL season.

Reasoning: There is plenty of value for Hilfenhaus to take the most wickets for the Stars given he took 12 wickets last tournament, only two behind teammate Scott Boland who is currently favourite at $3.25.

What you need to know: The Renegades have only made one finals series in BBL history and will face an uphill challenge this season after losing some key personal from their BBL 6 squad. Sunil Narine is the most notable casualty from the Renegades’ line-up given the West Indian was the side’s leading bowler last year with 13 wickets.

Key Player: Aaron Finch - he’s the second highest scorer in the history of the BBL and considered one of the best T20 players in the world. Finch’s form at international level has waned over the past 12 months and he will be determined to have strong campaign in order to cement his place in the international T20 series at the end of the summer.

Foreign Star: Dwayne Bravo - the West Indian showman is back for another season of the BBL having played two matches for the Renegades last season. Bravo is a handy allrounder and if he spends as much time at the crease as he’ll spend in Melbourne nightclubs this summer, the Renegades will be a force to be reckoned with.

Reasoning: The veteran has been continually overlooked by Australian selectors throughout his career and has been overlooked by the bookies here. Hodge continues to silence his critics each summer by piling on the runs and his T20 statistics say it all; 256 innings at an average of 36.87.

What you need to know: The Strikers have made two final series however never made it past the semi-final stage of the tournament. Their squad has been a revolving door with a significant turnover in players, leaving the Strikers with the tournament’s weakest line-up on paper.

Key Player: Travis Head – is the team’s captain and blasted his way into the T20 scene with a starring role in the Striker’s BBL 5 campaign when they finished minor premiers.

Foreign Star: Rashid Khan – alongside teammate Mohammed Nabi becomes the first Afghanistan representative in the BBL. The 18-year-old is a handy off-spinner who starred for the Sunrisers Hydrabad in this year’s IPL after taking 17 wickets.

Reasoning: With the Strikers’ top three leading run scorers from BBL 6 all missing from the squad this year, expectations will be on Head to rediscover his form from two years ago.

What you need to know: The Tasmanian side has only made two BBL finals series and look unlikely to add to that statistic. The side has lost three of their most experienced players from last year in Kumar Sangakkara, Stuart Broad and Shaun Tait, with their only noticeable squad replacement being Matt Wade.

Key Player: George Bailey - was a shining light in a team that struggled to score runs last year, having averaged 49.40 in BBL 6. He’ll need to repeat those efforts if the Hurricanes are any chance of making the top four.

Foreign Star: Jofra Archer – a young West Indian allrounder who has been making a name for himself in English country cricket. He will be an unknown prospect in the BBL and his express pace is expected to catch batsman off guard. Archer hit 22 not-out off 10 deliveries to help the Hurricanes to a win over the Sixers in a recent warm-up game.

Reasoning: He is undoubtedly the most valuable player in the side having averaged 38.95 across his 39 BBL matches. Anything close to his form last season will have you cashing in on this bet.

What you need to know: Despite finishing last on four occasions, the Thunder are one of four franchises to have claimed a BBL title having won the tournament in 2015/16.  The Thunder have retained the majority of their squad from last season and will be hoping to improve their batting stocks this campaign after being the lowest scoring team by nearly 200 runs last series.

Key Player: Shane Watson –  recently hit 16 sixes in his total of 114 from 53 balls in a Sydney grade cricket T20. Despite being retired from the longer forms of the game, the allrounder remains a key player in this Thunder side.

Foreign Star: Jos Buttler – an exciting young right-hand batsman who boasts an average of 31.52 and strike rate of 144.12 from his 182 innings in T20s. The English keeper will be playing in his debut BBL season and will be looking to make a name for himself on Australian soil.

Reasoning: Despite an injury ravaged campaign last year, McKay has proven himself as a specialist limited overs bowler having taken 144 wickets at an average of 22.38 in T20s. McKay will spearhead the Thunder attack and looks over the odds at $5.50.