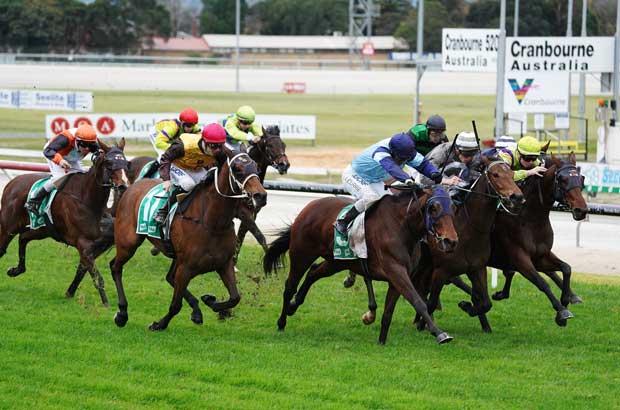 The son of Savabeel showed ability on debut to run second on a Heavy 10 at this track.

From barrier one, he had the soft run in transit and savaged the line once he got clear.

He did his best work late in that run, which suggests the step-up to 1500m here is a plus.

The booking of in-form Linda Meech is another tick, as is the return to a drier racing surface.

The wide draw in barrier ten will allow the galloper to find a position in the running line, work through his gears and finish off over the top of his rivals.

This talented runner from Team Hawkes is coming off a solid trial in readiness for his first-up tilt and looks set for victory.

He's shown an abundance of early speed at all his career starts, including his last run in the Listed Fireball Stakes at Randwick where he led the likes of Jonker, Sandbar and Legends of Condor.

He'll jump from the widest barrier, however jockey Brenton Avdulla will have ample time to cross his rivals before entering the turn.

I expect Avdulla to make every post a winner, with the gelding proving too talented for this field.

This Waterhouse - Bott trained galloper kicked off his racing career earlier this year in NSW.

He showed plenty of talent when trialling at Kembla Grange and Wyong, bumping into the likes of Depth That Varies, Salina Dreaming and Freaky Freckles.

Each of those horses have broken their maiden status, with the latter winning by a handy 3.4 lengths.

The Lifeline was then sent out for his first career start at Muswellbrook, but performed below expectations when jumping favourite.

I believe the underwhelming debut was due to him not handling the Heavy track.

He looked good in his recent Flemington jump out and I expect the son of Pierro to be fit enough to lead and win here.

This Hayes horse also showed ability in his jump-outs, indicating that he'd appreciate getting out over longer distances during the preparation.

His debut at Tatura was encouraging, after hitting the line strongly over the unsuitable 1100 to miss by under a length.

Abundance finished almost 7 lengths behind on that occasion and that horse went on to win his following race.

Rock the Drum's second hit-out was at Cranbourne, where he was held up for clear running over the final 500m to finish 3.5 lengths back.

Stepping up to 1500m here and with even luck in the run, look for this gelding to break his maiden in style.