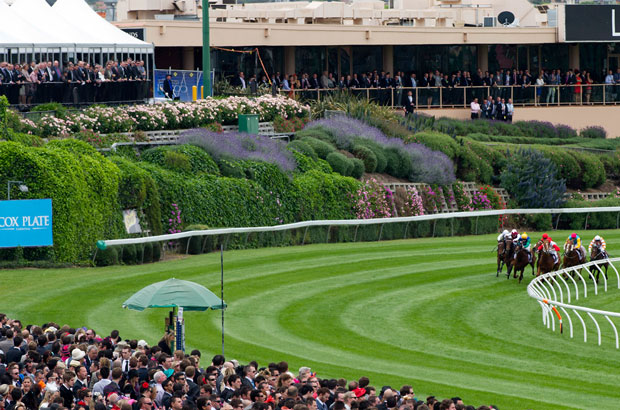 Cox Plate Tips 2018: What they're saying about the rest

The inside word on every runner in the Cox Plate

All eyes will turn to Moonee Valley once again this Saturday as the star of the show steps out to claim her fourth, and likely final weight-for-age Championship, the Cox Plate.

The racing public have rightfully been swept up in “Winx-mania” all week, and punters would be forgiven for not having a clue who the brave seven horses are lining-up alongside the great mare on Saturday afternoon.

To provide some insight into how connections of all eight runners are approaching the race, we've collated their key comments and had our say on which runners will have the honour of being bridesmaids on the big day.

“I have a lot of respect for her (Winx) but we’ll take our chance and see how we go…  This has been the plan since January to send Benbatl to Australia to run in the Cox Plate… He’s ready, he’s happy and he looks good… My horse is in good form, he’s a three-time Group 1 winner in Dubai, Germany and Australia… He’s by Dubawi and he will prefer rain so if there is rain there it can change the result… If we can beat Winx that would be great but if she wins, she’s the best of the best.”  - Seed Bin Suroor (Trainer)

Everyone saw what he did in the Group 1 Caulfield Stakes (2000m). He came into that race after a seven week break, was made to sprint with a furlong to go and was still able win in a slick time.

Now he’s fitter, drawn a treat in barrier 3 and will likely lead the field.

If he can dictate the pace and pick up some cheap sectionals, he could stretch the mighty mare all the way. Top 3.

“He’s going really well, he’s improved with every run and I think he’s definitely improved again since his last run… I’d say (he’s) definitely going better (than last year), he’s racing a lot more tractable and he seems a really happy horse at the moment… Hopefully he can give her (Winx) a shake again.” - Damian Lane (Jockey)

He came within a long neck of Winx last year and that race was run in record time.

He’s followed a very similar preparation to last year and is once again coming into the race six runs into his campaign.

Weir has applied the blinkers for the first time this prep and he’ll be ready to peak on Saturday. Top 3.

“We are also doing a little bit of Humidor from last year by adding blinkers for the Cox Plate. And like Humidor he had run in the Caulfield Cup as well last year before backing up in the Cox Plate. Obviously things went wrong last week after he made another mess of the start... He has just become a bit lairy in the barriers and almost wants to jump a little too quickly. He’s had a quiet week but Jarrod and the team at Warrnambool are happy with him and we are happy to run him.” - Darren Weir (Trainer)

This is an afterthought due to his luckless run as favourite in last week’s Caulfield Cup. There’s no doubting he’s a talented horse, but he won’t be in the finish on the weekend.

“We are all in awe of Winx, she is a champion and deserving Cox Plate favourite… It is interesting when there is a dominant champion like Winx as all the pressure is on them… There is no pressure on us and we are hoping Avilius will be running a nice race late…. Avilius does so well, he sees the reflection of himself in his feed bin every morning, and he needs this run to keep him ticking over. He is coming back to 2000m which he enjoys and this race will stimulate him mentally for the Melbourne Cup.’’ - James Cummings (Trainer)

He’s made a tremendous start to his Australian racing career, with four wins on-the-trot. However, you only have to listen to his trainer James Cummings to know that this is just a race to keep him ticking over for the Melbourne Cup.

"I'm looking forward to it. It's going to be a great event… He's a nice quality colt… You'd like to think the more forgiving surface at Moonee Valley is going to suit him better than the firmish Caulfield on Guineas day. I reckon he'll handle the Valley and run really well… I might be in front of her (Winx) in the run and you've just got to ride your race like she's not there… And you hope for the best… He's put up some nice figures in his few runs back so you go there confident he can put up a PB, and wherever that gets him we'll wait and see." - Kieran McEvoy (Jockey)

Is one of the up-and-coming stars from the Waller yard. He burst onto the scene earlier this year with an awesome Autumn campaign, including a Group 1 win in the Rosehill Guineas.

He’s come back in great shape and only went down by a nostril to Hartnell in the Group 1 Epsom Handicap (1600m).

"By the time her number was drawn, you could see Benbatl was in three and barrier two was available… I wouldn't have wanted to be drawn in barrier two to be honest. From what was left, this was the perfect draw. I think it's a draw that, depending on how the race is run, I can ride Winx to suit her and suit the race… But if they're not going quick enough I'll go forward, I won't be going back… I'll have her comfortable as I always do…. She tends to prefer settling back in the field, but that doesn't mean we have to ride her that way." - Hugh Bowman (Jockey)

Where do I start. She’s arguably the best horse Australia has ever produced. She’s going for a record 4th Cox Plate in-a-row and that would bring her winning streak to 29.

She did however get a few hearts racing after leaving her run very late in the Group 1 Turnbull Stakes last start (2000m), but once again showed her freakish ability with some huge closing sectionals to swallow up her opposition in the last 100m.

Interesting to note, when Humidor got within a long neck of her last year, Winx covered an extra 8 metres but was still too good.

“If Benbatl is going to the lead or other horses might go to the lead, do we need to get into it from being drawn eight? If there's plenty of pace on, I'm sure he'll be OK from sitting close… To me I actually thought even if he could run into a place – maybe even third or fourth – that would be a big run, especially going into a Melbourne Cup. He's off a good weight in the Melbourne Cup and that's his main target.” - TJ Comerford (Stable Foreman)

His European form suggests that he’s a genuine stayer, which means he’ll likely go forward and try to get a nice run in behind Benbatl.

His only hope on running a competitive race is if they walk in front and he’s got enough in the tank to sustain a long run 800-1000m out.

But similar to Avilius, this is a warm up run for the Melbourne Cup. He’ll finish in the back half.

"When she won the (Group 1) Livamol (Stakes), we'd made the statement that we'd come for the Cox Plate if she won and we Kiwis don't mind having a go… We don't know. It's a smart field that's for sure. We won't know until we try but she gives it her all and she is very well… When it's all said and done, we wouldn't mind finishing second or third to Winx. We'd take that… Our best chance might be if he throws out a toe-rope when Winx goes by.” - Michael Pitman

Has some handy NZ form but I think she’ll be lucky to get within 10 lengths of Winx. She’ll be either last or second last.

Read our preview of the best betting promotions for this weekend here.