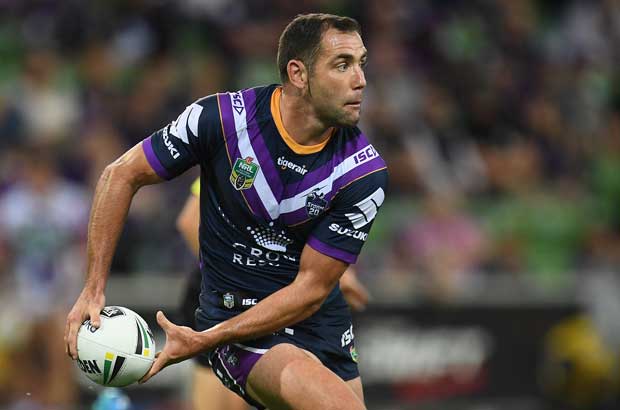 The Storm missed their chance of a third consecutive minor premiership last week after resting a handful of star players in their clash against the Panthers.

Even though the loss resulted in the Storm finishing second on the ladder, they still earned themselves a sought-after home final.

There is no doubt that the only thing on Craig Bellamy’s mind at the moment is to win the Grand Final.

Melbourne’s path to the big dance has been made a little easier facing the Bunnies in the first week of the final series, rather than the Sharks.

Cronulla beat the Storm at AAMI in round 22 and are one of those teams that can get under Melbourne’s skin.

The Storm will fancy their chances coming up against the Bunnies this week. They hold a 24-5 overall head-to-head record and impressively have never lost to Souths in Melbourne.

This will be a huge clash between two big forward packs which will battle it out to see who can lay the best platform for their respective hookers.

Both Cameron Smith and Damien Cook hold the key to their teams’ chances.

Smith, a future immortal, has achieved everything you can hope to in this great game. He faces-off against the heir apparent to his Kangaroos number nine jersey, Damien Cook, who has proven himself as the in-form hooker of the competition.

Look out Storm fans. Souths head into this match off the back of a dominant display over the Tigers and will be looking to use that 51-10 emphatic win as a springboard to their finals campaign.

Both teams have plenty of big game players, with a heap of finals’ experience. The Storm will look to Billy Slater, Cameron Smith and Cameron Munster to lead from the front, while the Bunnies will rely on the expertise of John Sutton, Sam Burgess and Greg Inglis to take down the Storm.

Check out the highlights of the Round 21 clash between Melbourne and Souths below.

Reasoning: The Storm's home record against the Bunnies is impressive and it's the main reason for not tipping Souths with confidence. It's impossible to split the two and you'd expect this match to go down to the wire. Strap yourselves in for a blockbuster!