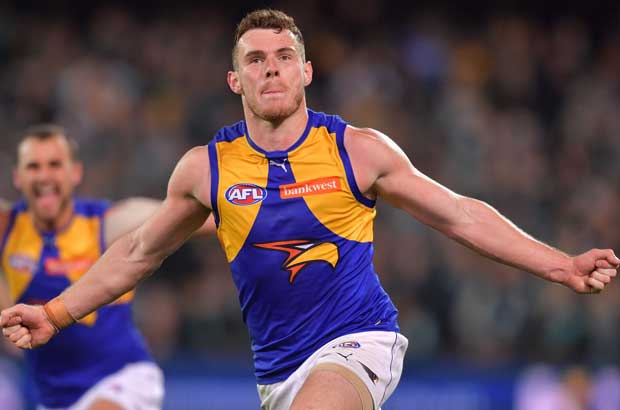 Eagles and Magpies set to swoop

The first week of finals footy concludes on Saturday night with another huge fixture, as the Magpies fly out west to take on the Eagles.

The second and third-placed finishers on the ladder were both scintillating at their best in 2018.

Don't be surprised if either club hoists the AFL Premiership Cup on grand final day.

The Pies have the better form coming into this match, they have won three on-the-trot, despite all of their injury concerns. Some of these concerns will be alleviated with the return of high-flying defender Jeremy Howe.

The possible return from injury of Collingwood mid Adam Treloar will have a significant bearing on the outcome of this game. With or without the star midfielder, Collingwood will look to put on a show for their passionate supporters in their first finals appearance since 2013.

Talking of passionate fans, Optus Stadium will be a hostile atmosphere for Collingwood, with the Perth locals sure to get right behind their team.

The Eagles have appeared in the last three finals series, with their home record a key reason behind this run.

The move into the new Optus Stadium has been seamless, with West Coast having yet another imposing home ground record in 2018.

However, in the last game played at the stadium, the Demons triumphed by 17 points, demonstrating that it's possible for Melbourne teams to beat the Eagles in Perth.

The return of goal-kicking spearhead Josh Kennedy will be a huge boost for the Sandgropers.

With some heavy artillery up front, as well as plenty of experience and talent on the half back line, the Eagles are deserved favourites at home.

A few spots of rain but not enough to turn the match into a scrap. A feast of goals wouldn't be a shock. 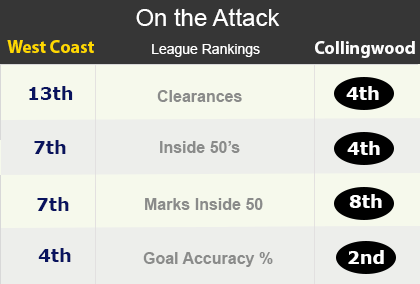 Despite having slightly more marks inside 50 in the 2018 season, the Pies have an advantage in every other key stat when it comes to generating points.

If this match turns into a shootout, you feel that the Pies have more points in them to get the win.

However, in finals footy, where kicking goals is usually just that little bit tougher, the finals-hardened Eagles look to have the upper hand.

Reasoning: With Josh Kennedy back, and with plenty of finals experience, the Eagles should sneak over the line against a Collingwood side that will be up for the fight.