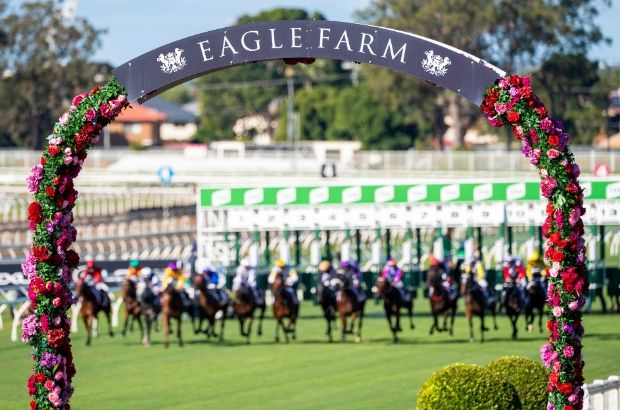 Eagle Farm hosts a huge day of racing on Saturday, highlighted by the Group 1 Queensland Derby over 2400m and The Kingsford-Smith Cup over 1300m.

The main events are well supported by the Group 2 BRC Sires Produce for two-year old’s, as well as the Group 3 Lord Mayor's Cup and Premiers Cup.

In the Queensland Derby, the big question is around whether Explosive Jack can claim his fourth Derby?

Trainer Chris Waller saddles up 6 runners in this year’s edition, so you have to keep a watch on his runners.

Meanwhile, the Kingsford-Smith Cup throws up some different form-lines with several Group 1 winners engaged which will make for a great race.

The Eagle Farm surface is currently rated a Good 4 with fine weather forecast in Brisbane, so it may require some irrigation prior to race day.

The rail is situated in the true position for the entire circuit and the big track lends for very fair racing.

The Gai Waterhouse/Adrian Bott trained runner Maranoa (9) will take up the running and ensure a good tempo.

Expect Sagacious (1) to also vie for early supremacy though from the rails draw, he is likely to box seat. Nash Rawiller will also push forward from out wide on Achiever (11).

Of the backmarkers, Senor Toba (21) will go back in the field from the car park draw and Flemington winner Horrifying (12) will position in the second half of the field with star hoop Jamie Kah on his back.

Explosive Jack ($2.90) is certainly the one they have to beat and is proven at the distance following his Tasmanian, ATC and South Australian Derby victories.

The son of Jakkalberry did have a tough, wide run in the SA Derby so that may have flattened him. However, he's had 8 runs so far in what is his first prep, so has proven himself as a real hard head.

Jack has been sensational and I can't knock him, though he could be vulnerable given how long he has been up.

I've settled on the Waller trained grey gelding, Senor Toba, who did his best work late in the final 150m to finish third in Group 3 Rough Habit.

He came from well back in the field in that clash and was the eye catcher when looking for horses that are looking for further.

At the start prior, he powered home from last over 2000m to win, after being held up on straightening.

The son of Toronado has shown every indication he is ready to eat up the 2400m.

The jockey shuffle creates interest, as Hugh Bowman is back on board after James McDonald rode him last start.

McDonald will partner another Waller trained runner, Kukeracha, who beat him home to finish second in that clash.

Kukeracha (2) was a very good run also and is going to be hard to beat again, as he should get a great run in transit.

Let's Karaka Deel has great form lines through Explosive Jack and he also finished 2.25 lengths fifth in the Victoria Derby behind Johnny Get Angry.

Jonker (4) is the likely leader over the 1300m trip and the winner Savatoxl (14) will come across from out wide.

Hugh Bowman should slot Savitiano into a nice spot just behind the speed.

Dame Giselle and Signore Fox should both race handy to the pace.

The back-markers Niccanova (11) and Outback Barbie (9) will both settle towards the rear of the field, whilst Gytrash (14) will try to find a spot midfield with a three-wide trail.

Godolphin runner Savatiano ($4) is a deserved favourite after the one that got away last start, when being pipped by Kolding in the All-Aged Stakes.

He shied before the line and had looked like he was going to win at the time.

The distance is perfect and he is in career best form, so will be amongst the action late in the piece.

Prior to that second placing, he strung together three nice wins on the trot

James Cummings should have him ready to peak and he is the one they will.

Gytrash looked a touch off his best when first-up in the Goodwood, though was mowing them down late to finish 2.4 lengths third.

He will be better for that run, and did go into The Everest second-up where he ran very well. He finished hard for third on that occasion, in what was the best sprint race for the spring.

At his last run before a break, he powered home to run down Haut Brion Her over this 1300m trip after giving her a big start.

Gytrash has been competitive at Group 1 level for some time now and can notch up his second Group 1.

Savatiano has been in fine form and will be in front at some stage in the straight and is very comfortable at this level.

Kementari always runs an honest race and his form ties in with Savitiano as he was only 1.4 lengths third behind Kolding.

I feel this is Trekking's best distance and third up he should be fit and ready to put his best hoof forward.