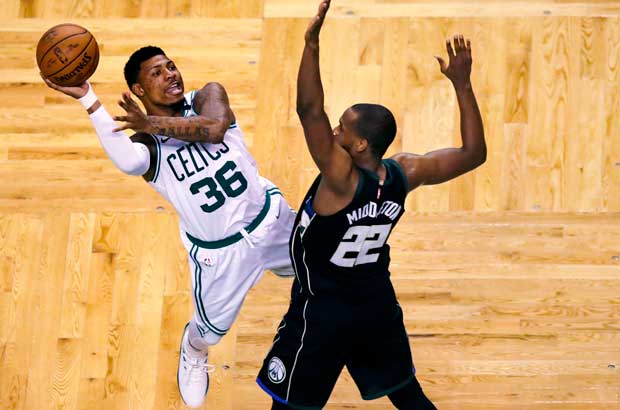 With the series tied at one a piece, we head to Boston for game 3 of the NBA finals.

Golden State blew a chance in Game 1 to take an early lead and it has cost them dearly with Boston having control of the driver's seat.

They steadied the ship with a dominant game 2 performance, however will need that form to continue away from home.

The Warriors will now need to win at least 2 of the next 4 games with 3 of those being in Boston, to keep the series alive.

Boston's Jason Tatum led his side to a fantastic series win over the Miami Heat.

In this finals series he has grown immensely, not just as a pure shooter but also with playmaking abilities.

In game 1, the superstar had a career-high 13 assists.

If the Celtics are to win the chip he will need to keep up his playmaking abilities to put his teammates in scoring positions.

As for the Warriors, Steph is being his usual finals MVP best.

He has dropped over 25 points in both games so far this series and will be looking to stay hot.

Look for him to continue having a big series on route to a Finals MVP award.

Although Boston is coming off a blowout loss in game 2, this doesn't tell the whole picture.

The game was only 2 points apart at halftime before Steph got hot.

The major flaw with Boston at the moment is the number of open shots Curry is getting in open play.

If they can close the distance and restrict his room, they will go almighty close to winning the series.

At home, the crowd will spur them on to have stronger and harder defence and I am keen to see what they can do.