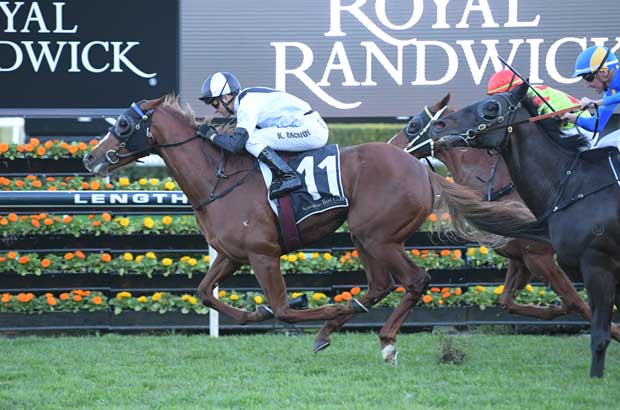 All eyes will be on Royal Randwick this Saturday, as Group One racing returns.

With Spring fast approaching, quality gallopers return to the track highlighted by the strong field assembled for the Winx Stakes.

Randwick is currently rated a Good 4, with the rail out 4m the entire circuit.

With this set-up, the track should play fair and allow all runners their opportunity.

This mare from the Bjorn Baker yard was desperately unlucky last start and looks set to redeem herself here.

With a strong record over the 1600m (9:2-1-1), the drop back in distance looks a plus, as is the significant jockey switch from apprentice Jenny Duggan to Tim Clark.

With a clear lack of speed engaged, look for Clark to sit up on the pace and dictate to his rivals from the front.

Carving out even sectionals with clean air in front of her, expect Missybeel to prove extremely tough to chase down.

The Waterhouse/Bott trained gelding is looking to improve on his already impressive career record of five wins from eleven starts.

His gritty second-up run over the Rosehill 2000m, was enough to suggest he'll strip much fitter here and is ready to peak third-up.

He steps out to the 2400m, returns to his home track and keeps Nash Rawiller on board which are all huge ticks.

With limited speed engaged, look for Rawiller to head straight to the lead and make every post a winner.

The son of High Chaparral came a long way last prep, winning the Spark Of Life first-up before holding his own against some high-quality gallopers in group company.

He's been given three trials in preparation for his first-up tilt and if his last trial is anything to go off, he looks to have improved sharply off the back of a spell.

That trial was over the 1000m at Randwick, where he hit the line hard under wraps to defeat Dreamforce and Dorthraki.

From barrier six and with the speed drawn outside, look for jockey Glen Boss to hold a forward position and sit one pair back with cover to receive the run of the race.

This talented galloper has come back a far stronger horse this prep and starting this Saturday, he'll make his presence felt.

He is a big watch for bigger targets over the Spring Carnival.