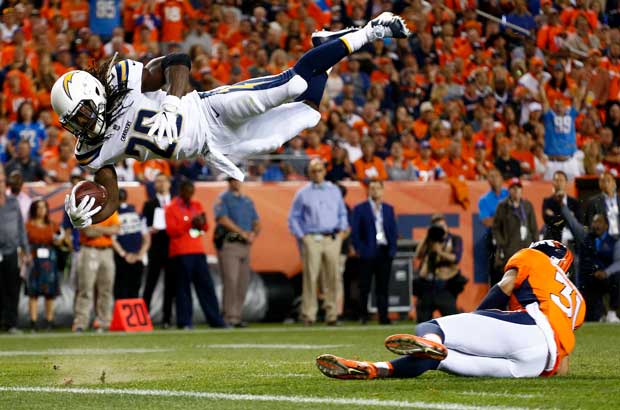 All of the 53 man squads for the 32 teams have now been finalised with plenty of team updates and trades occurring in the off-season, as sides begin the pursuit of Superbowl LIII glory.

Through our expert analysis of the extensive pre-season performances and team transactions, we have compiled a list of our best NFL Expert Picks in the futures betting markets.

Once again, all attention in the AFC is on the rightfully deserved NFL season favourites, the New England Patriots.

Led by renown coach Bill Belichick and future Hall of Famer Tom Brady, the Patriots have competed in three of the last four Super Bowls and the pair have combined for a 5-5 record in 10 all-time appearances.

This team has lost a lot of talent over the off-season however, raising significant doubts over the Patriots' squad depth.

Core starting running back Dion Lewis, cornerback Malcolm Butler, wide receivers Brandin Cooks and Danny Amendola and left tackle Nate Solder have all departed, leaving the Patriots in a precarious position. A spell of injuries would force Belichick to rely on draftees and unproven veteran signings.

The Patriots are way under the odds at $3 to win the AFC, with bookmakers clearly overlooking their wafer thin squad in favour of the proven coach and quarterback combination. Pass.

The team that has intrigued our experts for both potential and value is the Los Angeles Chargers, who finished last season 9-7. Although this record doesn’t  scream “Superbowl contenders”, when assessing their losses, a different picture is painted.

Their first two games of the 2017/18 season were forgivable due to missed game-winning field goals on the buzzer, which contributed to their underwhelming 0-4 start to the season.

If the Chargers had won those two games, they would have topped the AFC West.

Having one of the NFL’s easier schedules and with limited off-season exits, the team is now in a position to push into playoff contention.

Always a threat in attack, star quarterback Philip Rivers is back for his 13th consecutive season as starter alongside Pro Bowler Keenan Allen and boom youth Melvin Gordon.

Typically viewed as the Chargers’ weakness, their defense has been restocked with draft picks.

If there was a fault with this team, it's their inexperience in big games and unproven ability to handle pressure.

However, continuity of their roster and coaching staff should boost their chances. They must survive a six-week midseason stretch with only one home game as well as a  trip to London. If the Chargers can come through that period in good shape and avoid injury problems, this season looks bright.

The NFC contains some of the hottest contested divisions, with numerous teams emerging from a rebuilding stage into instant contenders.

A conference seemingly built around defense featuring teams such as Chicago, Minnesota and Philadelphia, a side known for their attacking prowess is the surprise choice of our expert analysts.

The Los Angeles Rams were the highest scoring offense in the NFL last year and have managed to improve even further through off-season acquisitions.

The benefit of having Quarterback, Jared Goff, on a rookie contract has opened a number of avenues for the Rams to funnel their cash elsewhere. 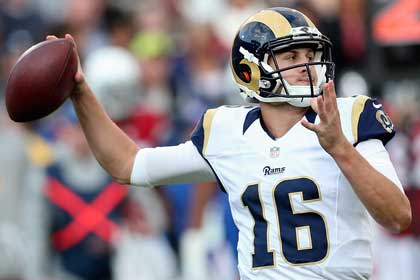 The highest scoring offense in football added wide receiver Brandin Cooks to their roster and have bolstered up their defence with Marcus Peters, Aqib Talib, and Ndamukong Suh all signing on.

With these additions, it is no surprise that pundits have been sprousing the Rams as the best team in the NFL.

In terms of negatives, the Rams lack squad depth. Their starters are the best going around, but as pre-season has shown, various questions surround the quality of their backups. Goff also won’t have it as easy this year with rival coaches having a full year of tape to work out his weaknesses.

Since 2001, only three skilled-position players (all running-backs) have been awarded the prize of regular season MVP.

An award dominated by stat lines, the single avenue of choice when weighing up a bet on the MVP award is through the position of Quarterback.

At his best, Aaron Rodgers is arguably the best Quarterback in the league and he looks primed to bounce back to his best following an injury riddled 2017.

The addition of two star tight-ends in Jimmy Graham and Marcedes Lewis should help alleviate pressure on Rogers from the blitz, as well as adding two huge red-zone targets.

Rodgers will be pushing for 40 touchdowns in a season for the third time in his career (see career highlight reel below) and if he does manage to do so, expect voters to instantly favour him for the award.

If there were any concerns over Rogers’ chances, it would be due to the tough draw that the Packers face over their 16 regular season games. Amongst these fixtures, they face the top 10 teams that ranked in fewest passing yards allowed per game last season.

However, class is permanent and expect Rodgers to be come out on top in these battles.

The 2016/17 season earmarked Von Miller as the most feared linebacker in the competition after he claimed MVP for the Denver Broncos in the Superbowl L.

Last season wasn’t as easy for him however, with opposition sides double teaming him at every chance in order to limit his impact on games.

Chubb’s presence in the Denver defensive line will force sides to be wary of over-committing defenders to Miller, given Chubb’s potential to cause havoc on the opposite side of the line of scrimmage.

Opposition teams will likely return to man-marking Miller, allowing him the extra freedom to go straight after the quarterback and pile up the sacks to reignite his incredible 2016 form (see video below of Miller at his best).

At $12, Von Miller is way over the odds and you can expect him to be much shorter in betting after the first few rounds of the the season. Get on.

Stafford finished 3rd last season with 4,446 yards and when factoring in that the Lions had the worst rushing attack in the NFL, it makes his stats look even more impressive.

When a side struggles with the run, teams are able to focus on defending the pass by dropping back more players into coverage. If the Lions are able to improve their run this year, Stafford will be afforded much more room to hit targets and gain yardage.

Entering the prime years of his career, the veteran has thrown over 4,250 passing yards for seven straight years.

The fact that Stafford plays in Detroit’s Ford Field is also a big advantage overlooked by the bookies.

The ground’s roof removes the risk of unpredictable weather conditions impacting game play, providing perfect playing conditions each week for Stafford to do his thing. 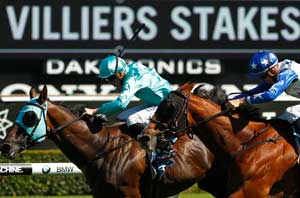 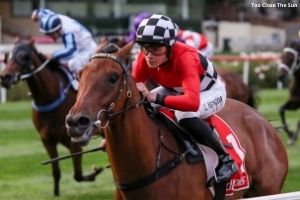 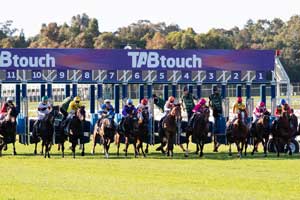