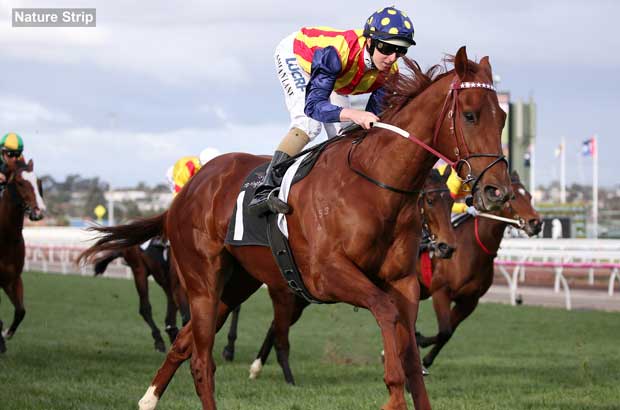 Royal Randwick plays host to a competitive day of racing this Saturday, with punters set to feast on four Group races.

The most intriguing race of the day is the Group Three Concorde Stakes, where we see a field of six sprinters who all have aspirations of winning the Everest.

Redzel, Pierata and Sunlight have been locked in by slot holders and with nothing to prove first-up, they'll be well off peak-fitness.

With Everest slots on the line, Nature Strip, Graff and Zoustyle will all be ready to fire.

The track is currently rated a Soft 6, with the rail out 8m the entire circuit.

Spring has well and truly sprung in Sydney, with warm weather hitting the harbour city in the lead up to race day.

Expect the track to dry out and start a Good 4 on Saturday.

What a way to start the day!

There is no doubt this race will produce multiple winners in the Spring, but the Chris Waller trained Funstar looks the clear top-pick at the $4.80 quote.

Her nearest rival in betting is the James Cummings trained Pandemic ($2.80), who has notched up two wins on-the-trot.

While Pandemic has a fitness edge being third-up, he rises 5.5kg in weight and has to run out a strong 1300m for the first time. These factors suggest he's vulnerable.

Funstar was victorious at her first two career starts and carries residual fitness from her short Winter campaign.

Resuming at the Rosehill trials off an eight week let-up, she left the barriers with plenty of intent in what was a great sign to punters that she's matured into a real racehorse.

Jockey Kerrin McEvoy didn't ask for an effort in the run, with the filly crossing the line second just behind Autocratic.

The most impressive part of the trial was when McEvoy released the breaks after the winning post, she raced up to the winner all under her own steam.

The filly by Cox Plate winner Adelaide, showed plenty of promise at her first prep and looks to have taken huge benefit from her short let-up.

She looks a genuine superstar of the turf and if she steps-up to the plate here, it'll be a long time until you get $4.80 about her again.

If the son of Nicconi lives up to his most recent trial, he's all but over the line.

His most recent hit-out was behind Redzel, where he sat just off the champ the entire run before James McDonald peeled of his heels late to run impressively through the line.

Since heading north to join the Chris Waller stable, this gelding has proven himself as one of the best sprinters in the country.

With a potential Everest slot on the line and with a strong first-up record (3:2-1-0), punters can expect him to be ready to produce a huge run.

From barrier two in a small field, McDonald will llikely find cover behind the leading pair, before peeling off their heels and exploding over the top late.

Whilst the $2.30 quote may appear short, he ticks all the boxes and looks a good thing.