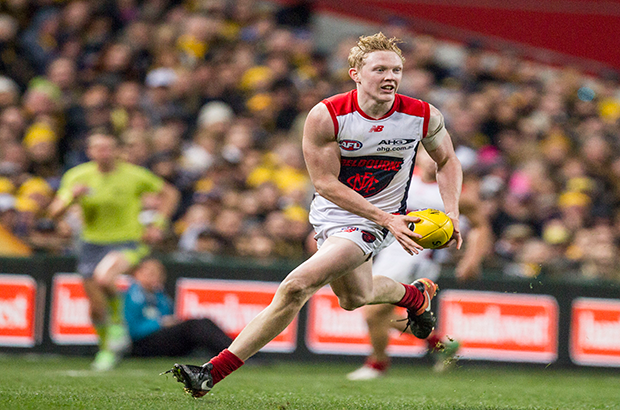 Long-awaited return to finals footy in 2018

You'd have to be pretty loyal to be a Demons supporter. Having not won the flag since 1964, nor having made finals footy since 2006, you would forgive even the most rusted-on Demons fans for giving up at the end of last year. The Demons were sitting comfortably inside the top eight, before losing 4 of their last 8 games which left them needing to win their final game against arch-rivals Collingwood in Round 23 to keep their season alive. The final score: Collingwood 99 Melbourne 83.

Leaving that major disappointment aside, the young Demons team had a good season last year. After spending the past ten years in a major rebuilding phase, Melbourne's bevy of young talent really came into their own in 2017, displaying not only individual brilliance, but an almost unparalleled team mentality and spirit.

The Demons ranked highly in just about every statistic that you would hope to win. First in disposals (405.2), and second in contested possessions (153.2) and tackles (71.9) per game, Melbourne's youthful pack-hunting play was successful in turning over the ball and then counter-punching. If the Dees can improve their disposal efficiency from a 14th-best 72.8%, they will be a force to be reckoned with this season.

Player to watch: Pick '2' in the 2014 draft, Christian Petracca, had his breakout season last year. A dynamic midfielder, Petracca notched the most goal assists (19) and the second most goals (26) among his teammates. For a mid to be so instrumental in the scoring output of his team is rare, even more so when he's only 22 years old.

Key player: In a team laden with young talent, it is one of the youngest and most talented that earns his place as Melbourne's key player. 20-year-old Clayton Oliver was nothing short of remarkable last season. Ranking first for the Dees in contested possessions (344), disposals (659) and tackles (152), as well as second in score involvements (122), Oliver will be the midfielder to watch over the next five years and will be fundamental to their success.

The acquisition of Jake Lever from the Crows represents the second best recruit of the transfer period, coming second only to Gary Ablett's return to Geelong. One of the league's best and smartest defenders, Lever will partner the ever-capable Michael Hibberd, and youthful key defender Oscar McDonald.

With live wire Jeff Garlett and genuine lead-up forward Jesse Hogan each averaging 2 goals a game in 2017, the Dees have an excellent foundation to work on. However, the strength of Melbourne's attack comes largely from the scoring contribution of their mids. Last season 7 players scored above 20 goals for the Demons, demonstrating their ability to share the goals amongst them.

Alongside the untapped talent of Petracca and Oliver are co-captains Nathan Jones and Jack Viney who add grunt and hardness in the middle of the park. Add the goal-scoring threat provided by Jake Melksham and you have one of the best-balanced midfields in the competition.