The injury-plagued Warriors will travel to Canada to take on the ladder-leading Raptors in the highlight game on Friday.

After this, there are two more interesting games from a punter's perspective.

LeBron and the Lakers will be looking for a strong home win against the Pacers.

And two of the West's surprise packets, the Clippers and Kings, will do battle and attempt to continue their impressive 2018/19 campaigns.

The feature game on Friday comes first-up, with Golden State making the long road trip to Toronto to take on the Raptors.

For all of their good fortune in building arguably the best team of the 21st century, Golden State's luck is starting to run out.

Between the well-publicized bust-up between Kevin Durant and Draymond Green, and the continued absence of Steph Curry and DeMarcus Cousins through injury, things haven't been going right for the Warriors.

They come into this clash as deserved underdogs, especially as Curry was officially ruled out on Thursday afternoon.

In the absence of these three stars, it has been KD and Klay Thompson who have been the focal points on court.

These two have been outstanding in recent outings. KD notched up 40+ points and 7+ assists in both of his last two outings.

But Thompson also demonstrated his experience and class in the Warriors' recent 1-point victory over local rivals Sacramento, with an instinctive match-winning lay-up with 5.8 seconds on the clock.

As good as these two have been, the Warriors don't look anywhere near the Golden State team that we have watched over the past few seasons.

Their strength has always been their three-point shooting and multiple avenues to the basket.

But with Durant and Thompson doing the bulk of the scoring, the Warriors attack has become predictable, and the Raptors will know what to look out for.

The team from Toronto have easily been the best team in the NBA this season.

They've only lost 4 games from their opening 22, as well as winning all of their previous 6 fixtures.

It has been their high-scoring basketball of late that has the Raptors starting as such strong favourites here.

New recruit Kawhi Leonard has started to hit his peak in a Raptors jersey. Along with Toronto stalwart Kyle Lowry, the pair have put on a clinic in recent outings.

However, like the Golden State team of the past three seasons, it has been the spread of scoring that has contributed to Toronto's success.

Compare that to the Warriors who only have 4 players averaging 10+ points this campaign, one of which is Steph Curry who is sidelined.

The Raptors should have too many points in them.

Reasoning: At home and considering their recent form, the Raptors look to be far too strong against a wounded Golden State.

The outcome of this game may well come down to one man, and no, it's not LeBron James.

However, he has missed the past five outings with a knee injury.

Such a crucial cog in the Pacers machine, the team from Indiana have done remarkably well in his absence. They have won three of their five games, including their previous two on the road.

The experience of Tyreke Evans and Bojan Bogdanovic has really made a difference in these road fixtures.

However, when coming up against LeBron's Lakers, you need all the firepower you can get especially in LA.

That's why Oladipo's fitness is such a massive turning point. The latest reports suggest that he'll likely sit out this game and make his return on Sunday against the Sacramento Kings.

If that is the case, then Indiana will need to play some inspired basketball to get the result in this clash.

While they'll have their chance against a Lakers outfit that hasn't really hit their straps, the bookies have got it right to have the Lakers at $1.52 favouritism.

The team from LA have won four of their previous five home games, with not only LeBron but young gun Brandon Ingram having impressive games.

After a quiet start to the season by his standards, LeBron's form is on an upwards curve. He currently averages 27.6 points per game, the 6th best figure in the league.

If James and Ingram put down strong numbers against the Pacers, then the home team will be winning by a sizeable margin.

Reasoning: Unless Oladipo returns from injury, it's hard to see Indiana winning on the road again.

However, they have been strong in his absence, and should keep the scoreline tight.

If the game is close in the final quarter, LeBron is the definition of clutch and will surely deliver a win for the Lakers. 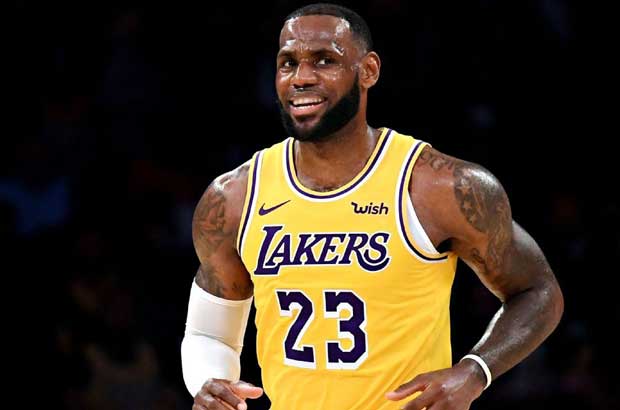 At the start of the season, no one in their right mind would've predicted that the LA Clippers would be sitting at the top of the Western Conference in November.

Most pundits didn't even expect the Clippers to be in playoffs contention, let alone be ahead of the likes of the Warriors, Rockets, Thunder, and of course, their big brothers the Lakers.

But that's how it stands.

Veteran guard Lou Williams, and damaging forwards Tobias Harris and Danilo Gallinari are all playing some of the best basketball of their careers.

With two of the league's in-form forwards, it's no surprise that the Clippers average 64.3 points from two-pointers each game- the fifth best in the league.

But as well as being on fire inside the arc, the Clippers are excelling from beyond as well, and have the fifth best 3-point shooting percentage at 37.3%.

What may come as a surprise however, is that the Kings are ahead of the Clippers in both these statistical areas.

This is despite the fact that they are sitting in 11th spot on the Western table.

Sacramento's game average of 65.9 points from two-pointers is the second best total in the league, while their 3-point percentage of 38.6% is an astonishing league high.

These figures suggest that the Kings only take 3-point shots when they are wide open.

For the most part, they play a style that is more suited to inside scoring.

With 10 wins and 10 losses from their opening 20 games, Sacramento, like the Clippers, are having a far better season than most expected.

And there's one player who has typified this relative success for the Californian franchise: second-year guard De'Aaron Fox.

Fox was the number 5 pick in the 2017 draft, before having a largely forgettable rookie season.

He has even recorded a triple-double this campaign, which is an indication of his all-round basketball ability.

If the Clippers can contain him, then they should be in a strong position to extend their lead at the top of the West.

Reasoning: Both these teams have outstanding shooting percentages.

They prefer taking two-point shots, but consequently get good looks at 3-pointers.

Expect this trend to continue in another high-scoring match.