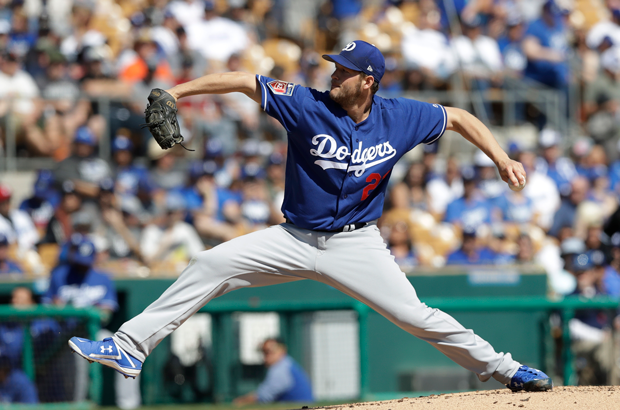 Your punting guide to the MLB

Baseball or ‘moneyball’, a term created by Billy Beane in the early 2000’s, is a sport of analytics where teams use a blend of statistical evidence, business sense and ruthless efficiency in an attempt to gain an edge over their opposition. Beane reshaped the Major League Baseball (MLB) landscape by influencing franchises to fill their rosters with players who are considered “under-valued” based on their statistical output, rather than players who have big reputations and pay packets to suit. Much of this same theory can be applied when punting on the MLB. With bookies focussing on the more popular NFL and NBA US leagues, there are more and more value opportunities available amongst the plethora of MLB betting markets.

With even the best teams in the league typically losing on average 40% of their regular-season games, baseball betting is amongst the most popular markets for sharp punters to seize on over-inflated odds offered by the bookies.

Breakdown of the MLB Season

The MLB consists of 162 games for each of the 30 teams split between the American League and the National League. These games are played over 187 days with a total of 2,430 games per season. Due to the gruelling playing schedule which involves travelling to all four corners of the country, the season is split into ‘series’ where two teams will play against each other up to four times in as many days.

The regular season typically runs from April to late October, followed by the post-season which extends into early November. This season is unique however as the 2018 schedule will be the first time since 1968 in which a full slate of games is scheduled to take place on the opening day on March 29th. This is the earliest season start date in the sport's history, excluding occasions where opening round fixtures have been played overseas.

The sheer volume of games in the MLB allows punters to analyse significant amounts of statistical evidence in order to gain an edge over the bookies. A successful MLB betting strategy takes into account the performance and past record of starting pitchers and bullpens, team home/away records and head-to-head records, as well as understanding what to expect from each team’s batters when facing right/left handed pitchers. The most important statistics to look for in batters are: PA (Plate Appearances) wOBA (weighted On-Base Average), OBP (On-Base Percentage) and SLG (Slugging Percentage).

Given the longevity of the season, players will have slumps and peaks so you are advised to monitor the team’s performance as a whole rather than the form of their star players. When a team is priced as an outsider for a fixture in instances where their roster is statistically performing well on average, it’s a green light for punters that the bookies have got it wrong.

These statistics suggest that you would be foolish to bet on the MLB blindly. The mug favourite punter would have ripped his wallet into shreds last season, despite boasting a 57.4% win rate. Favourites win the majority of the time however their average value range lands between $1.30 - $1.50 meaning you would be 67.7 units (i.e. 67.7 multiplied by your average betting stake) in the red, giving wind to baseball legend Yogi Berra’s famous line “your nickel ain’t worth a dime”.

On the flip-side, backing the underdog every time also isn’t going to fill your wallet, however you will have more clothes on your back than if you followed the favourites, being down 27.3 units. This emphasises how often the bookies get it wrong.

The most opportune time of year to back the underdog is early in the season when bookies are still adjusting to new rosters and player performances. These fixtures present plenty of opportunities for punters to capitalise, as all 30 teams still have playoff aspirations at this time and players are physically fresh and motivated to perform in order to avoid an early season trade.

#3 Divisional Underdogs tend to be over-valued

Franchises always place significant emphasis on their games with divisional rivals. The MLB divisional contests make up 76 games per year, which is roughly half of a team’s season schedule. Given teams in the same division play each other so often (19 times), these re-occurring fixtures allow franchises to gain a comprehensive insight into their rivals’ tactics, playing style, strengths and weaknesses.

Keep an eye out for divisional home team underdogs who are already down 2-0 in a best of three game series and are underdogs for the third game. Underdogs valued between $2.00 - $2.45 in these situations last season won an unbelievable 58% of the time, whilst these teams covered the game line 80% of the time.

Best bet of the opening round

Milwaukee come into 2018 off the back of their best winning percentage season (86-76) since 2011, just missing a wildcard spot which will add extra incentive for them to go one better this year. Furthermore, the team has been strengthened through the acquisition of two core players in Christian Yelich and Lorenzo Cain.

The pitching matchup places Chase Anderson (Brewers) up against Clayton Richard (Padres). Anderson comes into the year after a brillant 2017 and will look to improve on his impressive record against the Padres (3-1), with an average of 3.99 runs conceded in each game and 32 strikeouts. In contrast, Richard has struggled against the Brewers as he has conceded on average 5.51 runs per game against the Milwaukee side and boasts an unflattering 3-4 record against them.

The Padres are going through a development period and they are facing are challenging season. Expect Milwaukee's pitching to prove the difference and the $1.85 is too good to pass up.