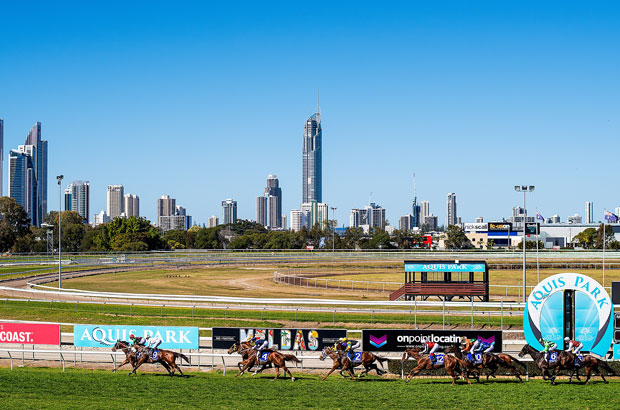 Queensland metropolitan racing on Saturday takes us to the Gold Coast, with the Aquis QTIS Jewel the feature race on a strong 10-race card.

With up to 45mm of rain predicted to fall between Thursday and Saturday, punters should expect a rain affected track.

With deteriorating conditions predicted, you'd expect the rail to cut out as the meeting goes on.

This gelding from the Brian and Daniel Guy stable hasn't won for 462-days. However, his last win came on a Heavy 9 over 1400m, and his win before that came on a Heavy 10 at this track over 1750m.

His heavy track record of five runs for two wins and three places, is by far the best record in this field and his two lead-up runs into this race have been impressive over shorter and unsuitable distances.

The step-up to the 1800m and the likelihood of a Heavy track brings him right into contention and at the $51 quote, he can be backed each-way with confidence.

There is no doubt there are classier runners engaged in this race, including the Chris Waller trained See The Master and Haames, but neither are proven on a heavy surface.

Drawn barrier five, look for Ryan Plumb to sit beyond mid-field with cover. With decent early speed engaged Plumb will be able to pull wide on turning for home and fly at them late.

With luck in transit he'll be right in the finish and at the $51 quote, he looks well over the odds.

The gelding from the Kris Lees stable heads north in search of another win and looks to get plenty going his way.

While this is a step up from a BM76 to a BM85, he drops 5kg from Sydney Metropolitan grade and looks set to get his preferred wet-track.

His record on a heavy track reads four starts for two wins and a place, with his only failure to run a place coming on a Heavy 9 at Randwick in a BM90 when he finished fifth, 3.4 lengths off I Am Serious. That winner opened favourite for the Group One Coolmore Classic at Rosehill on Saturday.

The only concern is that he is yet to win beyond 2100m, but you would have to trust in multiple Group One winning trainer Kris Lees that the 2400m is a suitable distance.

With 20-45mm of rain predicted on Friday and Saturday, it's fair to assume the track will be rated in the heavy range and if that is the case, there is no way you'll be able to get the $8.50 that is currently available.