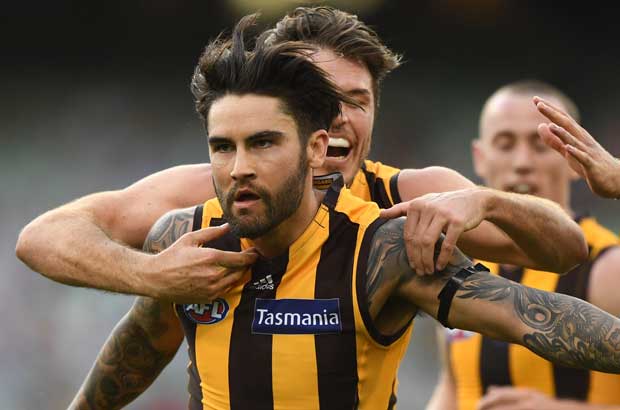 Sunday's duo of games begins on the Gold Coast, where the Blues have a great chance to record their first win of 2019.

Then, a lacklustre St Kilda side looks like they'll be easy targets for a hungry Hawthorn.

Read our previews and AFL betting tips for these games below.

Gold Coast fans pinch yourself, this isn't a dream.

The Suns have made a mockery of pre-season expectations, winning two of their three games to kick-start the season.

They could easily have been three from three, after going down to the Saints by one point in Round 1.

Carlton meanwhile are still searching for their first win of their campaign. They will be in all kinds of pain if they can't do that here.

Gold Coast coach Stuart Dew has got his young side playing the kind of footy required to regularly win AFL games.

The Suns were often smashed in the contested possession numbers in 2017 and 2018, and why they languished down the bottom of the ladder.

But now, with the big names (and maybe egos) of Tom Lynch and Steven May gone, the only option is for the Suns team to all jump in and have a crack.

The young midfield of Touk Miller, Brayden Fiorini and Jack Bowes have been superb, each averaging 12 contested possessions per game.

They'll need to go to another level though up against Patrick Cripps.

While Carlton are yet to win, they have been impressive in each of their three games against quality opposition.

There's no disgrace in losing to the Tigers, Power and Swans. In each of these games, there were periods were the Blues looked poised to pull off an upset.

That form would be good enough to topple the Suns, who by contrast have faced three of the easier teams in the AFL.

If Cripps can get support from the players around him, then the Blues will be winning.

Reasoning: As impressive as the Suns have been, Carlton have arguably been better without getting the win. That looks set to change here.

After an out-of-character fourth-quarter collapse against the Dogs in Round 2, the Hawks were back and looking like their old selves in Round 3.

After a slow start, they gradually strangled the Kangaroos last week, despite missing some of their old heads through injury.

While St Kilda were brave in their 5-point loss to the Dockers in Perth, it's hard to see them turning the tables on Hawthorn here.

Even though Hawthorn will be without the class of Shaun Burgoyne and Liam Shiels once again, the side doesn't lack experience and talent.

There is still a handful of multiple-premiership players in the side, including Isaac Smith, Paul Puopolo and Luke Breust.

With the outside running capacity of not just Smith but new recruit and former number one draft pick Tom Scully.

Under the coaching of Clarko, look to Scully to go to the next level this campaign.

If St Kilda could've found just one more goal against the Dockers last week, then they would've been coming in with three straight wins.

And as the racing cliche goes, you can't knock the winning form.

However, while the Saints have won 2 from 3, both of the wins were far from convincing.

They look to be in desperate need of a key forward, with nobody filling the void well since Nick Reiwoldt's retirement.

Unless their mids run riot, then the Saints will come up short here.

Reasoning: They're just too well coached and too classy for a lacklustre St Kilda side.