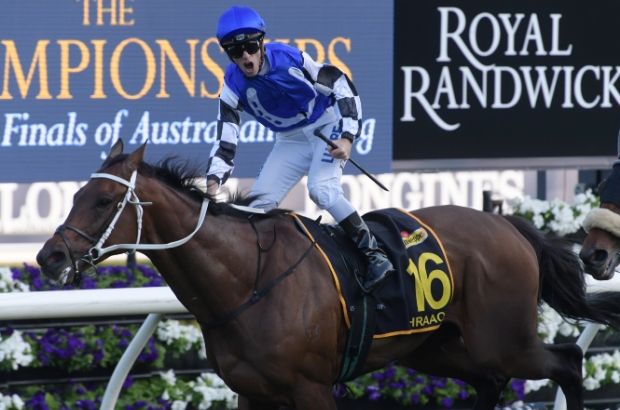 Randwick hosts a bumper card of Championships racing on Saturday, with no fewer than four Group 1 events featuring on the day.

Both of the sprint contests have attracted quality line-ups as usual.

In the Sires Produce Stakes for 2YO's, I am with a Melbourne raider who has already won twice over the testing 1400m journey and appears to have a sense of timing for this event.

Whilst in the TJ Smith, I have found one at nice odds ($12) who could be the forgotten horse and had genuine excuses at her past few starts.

The Randwick track is currently rated a Heavy 9, with the rail in the true position for the entire circuit.

Cloudy conditions are predicted for the remainder of the week and on Saturday at Randwick.

Expect the track to improve given the excellent drainage at Randwick, and we could see a Soft 7 rating come race day.

As always refer to the early races for a good guide on track bias.

A moderate tempo appears most likely here, with Lightsabre (3) the best chance to kick up from a low draw and take it up.

Four Moves Ahead (2) can push forward to race closest to the speed.

Hilal (10), Anamoe (5) and Daily Bugle (4) should all be hunting for midfield positions with cover, and will be hoping the leaders travel at a reasonable gallop.

Anamoe ($2.25) has been up a long time now and comes via a brutal program which included both Blue Diamond and Golden Slipper campaigns.

He has been the "flashing light" run in both Group 1 2YO features and its clearly obvious he will be well suited now out to 1400m.

However the price is absolutely rock bottom odds and given the torrid campaign, there is a high risk he could race flat here and now be "over the top".

I have to include given his exposed form, although I simply cannot take the short win odds.

I'm with Lightsabre who has had a lighter preparation than the favourite, with 5 weeks between his last run. He is proven at the distance with impressive wins at his past two starts over 1400m.

I expect the market to fall in love with him late, and for him to start much shorter.

Daily Bugle is another runner who has avoided the rigours of a Slipper campaign and has a sense of timing coming into this.

He drops back from the 1500m journey of the Morningnton Sires and should be one of the strongest late.

Hilal comes via the Pago Pago at Rosehill where although well beaten, did record an impressive late (last 800m) race sectional, which stacked up well against the others on the day.

He should relish 1400m and appears to have some untapped ability.

Warm favourite Anamoe clearly looks well suited by the extra distance (1400m), however is extremely well found and could be tapering off after a lengthy 2YO campaign. I'm happy to risk him on this occasion.

Eduardo (8) should have the speed to carve across and take this up, with both Nature Strip (5) and Haut Brion Her (4) both in close attendance.

Expect them to run along at a good tempo. However if Eduardo (8) does assume control early, he can dictate to them throughout the mid stages and ensure the race isn't run at absolute warp speed.

The back-marker profiles of September Run (11) and Zoutori (10) will be hoping they do hike along in front, to allow them to run on. 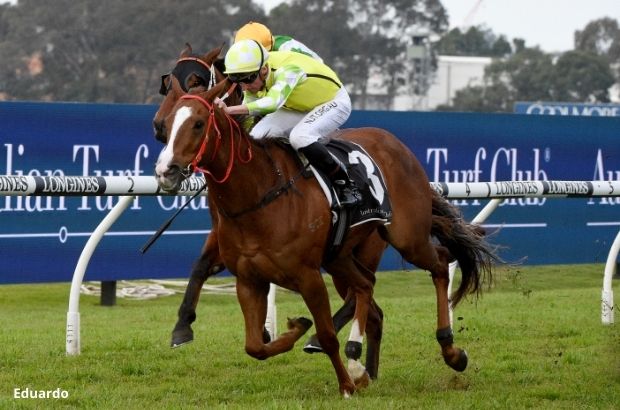 Nature Strip ($3.90) has to be respected with a distinguished sprint trip record over the past few seasons.

Reports are that he is going very well following the good run here in the Challenge Stakes (1000m), where he only just missed by 0.1 lengths in good company. He has since been readied with a lead in trial, where all looked to be on target.

Trust J Mac to rate him and sit just off Eduardo, if they can't find the top early.

September Run has had genuine excuses at her past few starts, including her last start at Moonee Valley where rails in run was on fire and nothing was able to circle wide and challenge.

She is the forgotten horse and $12 looks a huge price to my eye. Clear on top pick at those odds.

Masked Crusader comes out of the same Moonee Valley feature as September Run, where he was well suited and blessed in run.

However, I believe he can improve again here and will be even better suited by the wide open spaces of Randwick.

Eduardo is in white-hot form after winning at his past two starts, the latest a Group 1 victory at Rosehill in The Galaxy. He is the natural leader and if they allow him any cheap sectionals, he'll be in the finish somewhere.

Include Nature Strip for wider bet types, as he is proven over these high class sprint trips and does have a big run in him. The downside is he will be over-bet due to his high profile. 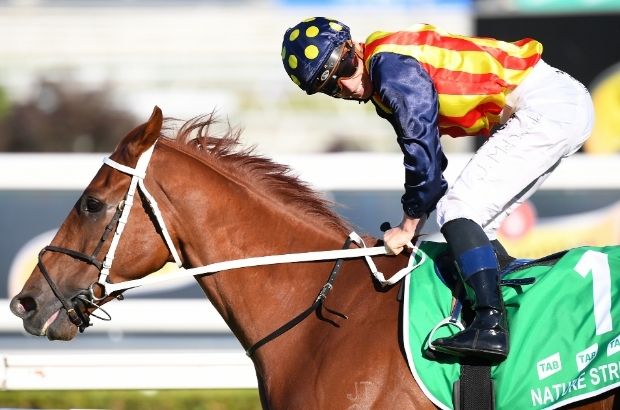