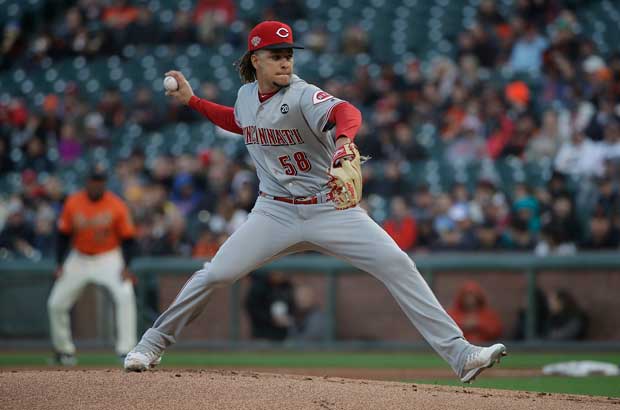 Teams have solidified their starting line ups as their mid-season push towards the All-Star Break has begun.

As a result, star players are achieving increased production numbers as they acclimatise to their familiar roles.

Additionally, bettors' confidence is on the rise as ace pitchers are starting to go deep into innings. Bookmakers base their odds for games on the starting pitchers and now that teams are relying on their bullpen less, the odds are a more accurate reflection of the true probability.

Milwuakee will aim to make light work of Philly, with a victory set to keep them in touch with the NL Central leading Cubs.

Meanwhile, the Cubs are hoping to finish off the Reds and maintain their lead at the top.

And finally, the match of the day sees St. Louis clash with the exciting Braves.

As expected by most experts before season start, the NL Central is the toughest division in baseball. Currently, four teams own a winning record and are separated by eight games from first to last.

The brewers find themselves as the Jekyll and Hyde team of the division, with outstanding form at home but poor away.

The team recognised the concerning trend and Brewers fans have witnessed much more single base hits and earned walks in this series.

This can be attributed to a shift in strategy away from big hitting and towards playing for contact, allowing men to get on base and place pressure on the Phillie's pitchers.

This match-up sees ace Zach Davies take the mound for the Brewers, who commands a 1.54 ERA with 31 strikeouts. Davies' control of the strike zone has been impressive, limiting his pitch count which has allowed him to work late into innings.

For Philadelphia, they have started the year as hoped. With a number of big name off-season signings, no place but first would be justified.

In a cause for concern, their bats have cooled off this series having been limited to under two runs in both games. They will be looking to rectify this in the series closer.

Zach Eflin will look to continue his great vein of form after his masterful performance against Kansas City, when he threw a four-hit shutout.

The secret to his game was getting ahead of the count with first-pitch strikes.

Look for him to employ a similar strategy against the Brewers.

Reasoning: This match up of the Zachs showcases two pitchers right on top of their game. The over/unders of 9 runs looks great value and should be closer to 7.5, with both pitchers boasting an ERA under 3.00.

The Cubs started the year poorly, with a 2-7 record leading many to believe they were a pretender in a division with little to no room for mistake.
They have turned things around over the past month, with a mix of great batting and pitching.
Since their poor opening road trip, the team has won 24 of their last 31 games, including 9 of their last 10. Over the past month, the Cubs' rotation boast a 2.32 ERA which is the best in baseball.
An unsung hero since his move from the White Sox, Jose Quintana has been quietly plugging away.
His control has been the biggest improvement to his game, resulting in limited runners on base. This has allowed him to utilise his full pitching arsenal and to strike out batters while ahead of the count.
While the Reds are the only team in the NL Central with a losing record, bettors shouldn't write them off.
Ace Luis Castillo takes the mound in this series closer, holding one of the best stat lines for pitchers in the MLB.

If he already isn't, Castillo has the tools to be one of the biggest star pitchers in the Majors. His four seam fastball is blistering. with a natural dipping motion forcing a lot of ground balls.

His pitching has already placed him in contention for this year's CY Young Award and there are no signs that he's slowing down.

Reasoning: While the Cubs are the form team of the competition, it's hard to discount what Castillo is currently doing on the mound.

With the structure to the Chicago batting line up, it's hard to see them scoring too many runs against his pitching.

When the Cardinals are motivated, they are the toughest team in baseball to beat.

A great mix of offense and defence in the field allows them to dictate the pace of the game to their opposition.

However, their consistency is a problem.

In game one of the current series with Atlanta, the team put on 14 runs. In the following game, they were kept scoreless.

While this can be accredited to good pitching, they seem to be banked on an all or nothing philosophy which won't take them far come playoff time.

Their batters need to make opposition pitchers work and drag their count upwards, so they can get into the bullpen earlier.

If they can achieve this more consistently, the Cardinals have the potential to be World Series Contenders.

The final game of the series against Atlanta will provide a good insight into where they are at mentally as a team.

Adam Wainwright takes the mound for the series closer after his best start in 13 months and you can expect his curveball to cause the Braves' batters problems.

Atlanta are slowly building into a consistent playoff squad. While a lot of the team is still learning, they have the talent to take any team head on.

Julio Teheran will pitch the series closer, hoping to record his first victory in his last six starts.

Teheranhas has been unlucky in recent outings however, conceding a single run over his last two games.

Reasoning: Two pitchers enter this contest hoping to right the wrongs of their teams, while keeping in touch with their division rivals.

Look for this match up to be dominated by defence, with limited runs allowed.