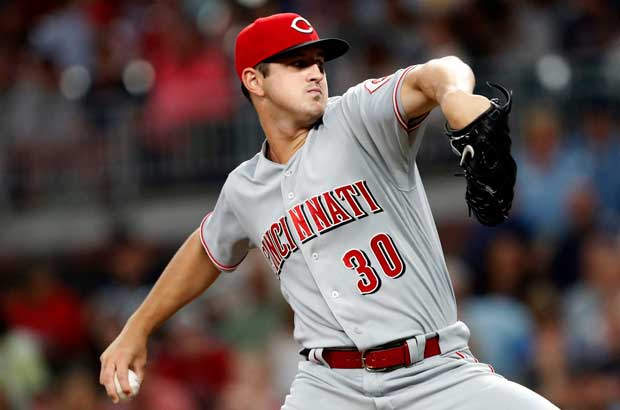 The MLB has officially entered the second half of the season with teams vying for supremacy within their respective divisions.

The three match divisional series taking place from 6th-8th July between the Chicago Cubs (49-35) and Cincinnati Reds (38-49), presents an intriguing contest which may hold consequences for future standings of the National Leagues Central division.

How these two sides have fared

The Cubs will be out for revenge at Wrigley Field after being swept by the Reds only two weeks ago away in Cincinnati.

Currently in second, one game behind the Milwaukee Brewers, the Cubs stars have started to get their bats hot coming into this series off convincing sweeps over the Minnesota Twins and Detroit Tigers.

Over the past two series, including a 20 hit game against the Twins, nine Cubs players have boasted a batting average of over .300 (hitting the ball nearly once every three plate appearances).

If the Cubs want to keep charging towards the top, players such as pocket rocket Javier Baez and a recently rejuvenated Jason Heyward will need to continue their fine form.

After a disastrous 3-18 start to the year which saw their manager sacked, the Reds have come to life playing ball over .500, winning more than they lose.

A team very much still in the depths of a rebuild, the signs are there that the future is bright for this young team led by the lovable leader Joey Votto.

Entering this series, the Reds hold a 6-3 record against the Cubs this season. Surprisingly for a team coming last in their division, the Reds are the fourth best offensive team in in the MLB.

Furthermore, improved starts from their 5 man-rotation, going 5+ innings, has allowed the bullpen to flourish, being lights out for the last two months.

Two pitchers who have come up big for their respective teams over their last 7 games, expect this game to be a surprisingly low scoring affair. Rookie Tyler Mahle has consistently been on the improve during the year and currently leads the team in wins and strikeouts.

Montgomery has emerged for the cubs as a viable 4th / 5th starter during the timeframe of Yu Darvish’s injury. Expect him to keep pushing for a permanent spot in the starting rotation.

Since his arrival from the Mets, Matt Harvey has been attempting to rebuild his reputation as a consistent threat to play against.

A potential joker who could easily come up with a crucial win for the charging Reds, Harvey also has the potential to go for 10 runs from his first two innings.

The Reds will be hoping he can produce once again, but playing away from home is a daunting task and Chicago will be able to win this one convincingly in a high scoring affair.

The final game of the series sees two aces looking to send their team out on a high. With big things touted for Castillo in 2018, the young boom has had a rather dower season after reaching the midway point.

A 5.84 ERA over his last 7 games doesn’t bode well for him or the reds against the veteran Lester, who’s looking to push his case for this year’s National League CY Young award for best pitcher.

Lester has been outstanding over the past month with his ERA just above 2, resulting in 7 straight wins. With Lester's pitching and Chicago's hot bats at home expect a big win in Chicago’s favour.