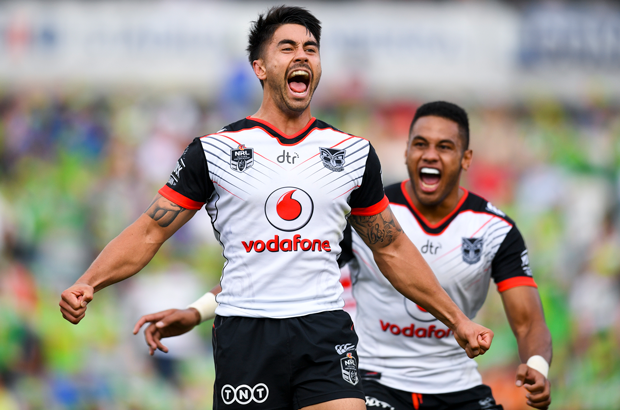 Your NRL betting guide for Round 4

The Cowboys return home after a poor showing against the Melbourne Storm and will be looking to take advantage of an understrength Panthers side. After a promising start to the season, the Panthers lost to the Bulldogs last week after losing star halfback Nathan Cleary in the first half to injury.

The Bulldogs held off a Panthers comeback last week to claim their first victory of the season, however they looked to pull up stumps late in the game which nearly brought them undone after an impressive first half performance. The Rabbits were too strong for a Manly outfit who were coming off a 54-point drubbing over the Eels. The Rabbits’ form-line is clearly the stronger of the two clubs, however questions remain as to whether Souths can string together back-to-back performances.

The Strom were dominant against a strong Cowboys outfit last week and have won 22 of the 34 previous clashes between these two clubs. The Sharks were too good for a very average looking Eels side in a game that only produced 18 points.

The Warriors are three-from-three and on a high as they cross the Tasman to face off against competition favourites the Sydney Roosters. The match-up between former Rooster Roger Tuivasa-Scheck and Chooks’ number one, James Tedesco, is mouth-watering. In what is shaping up to be the match of the round, Warriors fans will be hoping their team can pass their toughest test yet. The Cooper Cronk/Luke Keary combination clicked into gear last week against the Newcastle Knights and the Warriors will need to keep them quiet if they are to have any chance of remaining undefeated,

Manly are coming off a humiliating defeat to a determined Souths outfit last week, whilst the Raiders stole defeat from the jaws of victory yet again. It’s been a tough week for Manly with salary cap issues playing out in the media and you’d expect the Sea Eagles to do what they do best and lift to another level while their back is against the wall. If that happens, expect the chorus of Raiders fans calling for change in Canberra to continue.

The Dragons have started this season like a bullet out of a gun, tearing apart the Gold Coast Titans in Toowoomba last weekend to make it 3-0. Dragons fans will be weary however, given their 2017 campaign begun in similar fashion only for an implosion mid-season. The Knights were well and truly brought back to earth in round three after a classy Roosters outfit put them to the sword. Expect a bolder showing from the Novocastrians this week.

The Broncos found a way to win against a determined Tigers outfit last week and now find themselves the shortest priced favourite this week at $1.20. This price doesn’t reflect Brisbane’s form, rather the Titans lack of it. The Gold Coast side were awful against the Dragons as their squad gave their best impersonation of turnstiles in defence, conceding 54 points.

Tiger's fans can consider themselves hard done by after going down to the Broncos last week via a controversial penalty in golden point. The Eels have been terrible in all three outings this year and will need to improve significantly to overcome a stubborn Tigers side.